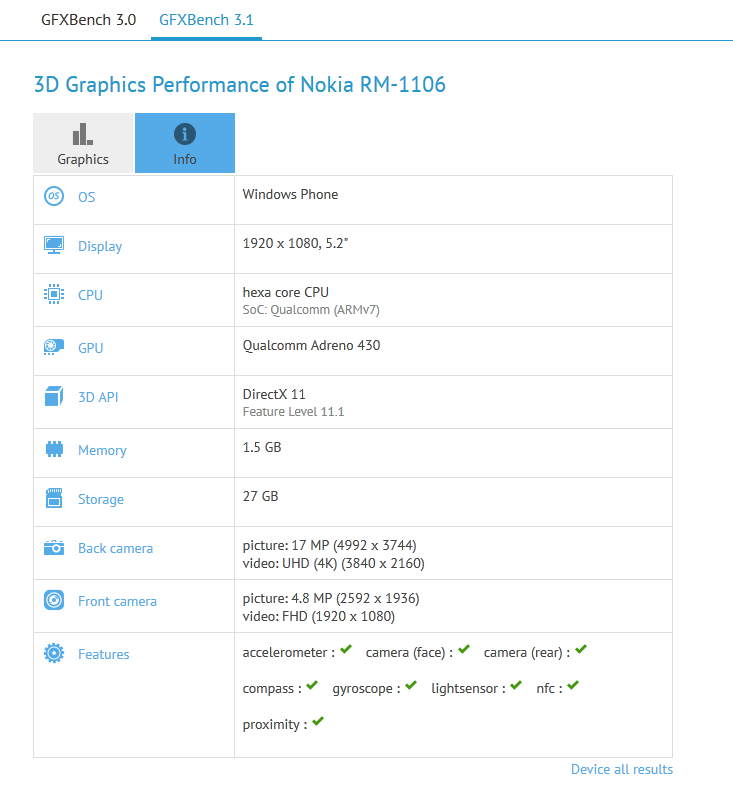 Microsoft is bound to make some announcements this summer, because it’s been quite a while since it announced a flagship Windows handset. One of the newcomers may just be the Lumia 940, a device we’ve been hearing a lot about lately. Today it popped up in GFXBench, or at least a device that sounds like the Lumia 940 did. 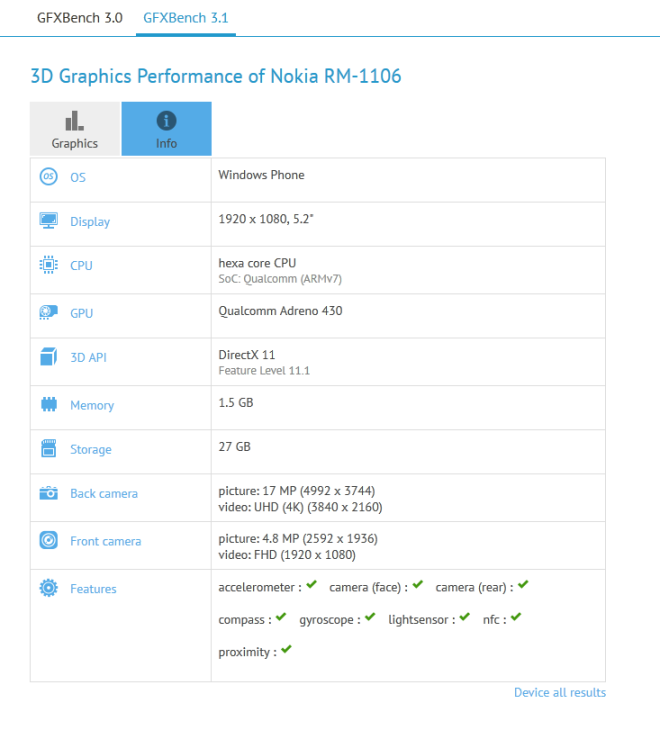 The Nokia RM-1106 is the model in question and the codename sure sounds like a flagship Lumia. This handset runs Windows Phone and offers a 5.2 inch Full HD screen, in spite of the rumors we’ve heard regarding a Quad HD display. Inside we find a hexa core Snapdragon 808 chipset, the Adreno 430 GPU and 1.5 GB of RAM, according to the benchmark listing, although it’s more like 2 GB in reality.

And rumors actually talk about 3 GB, so yet another reason to doubt the leak. It’s also strange to see a new supposed flagship with specs lower than its predecessor, the Lumia 930 in this case. Anyway, the list also includes 32 GB of storage, a main 17 megapixel camera (probably a 20 MP Pureview unit), a front 5 MP shooter and the usual sensors.

Does this sound like a top notch phone to you?