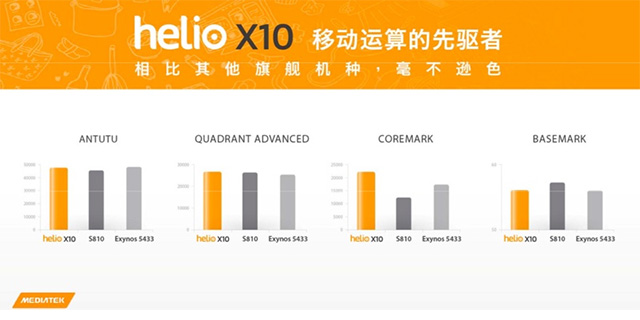 Xiaomi is said to be using MediaTek’s Helio X10 (MT6795) octa core processors in two new smartphones, that will be released over the third quarter of the year. The info comes from Chinese source Economic Daily News.

The production of the first model will start in Q3 and that one is believed to be the Hongmi Note 2, while the second unit will start mass production in September. The second product is more interesting, sporting a metal case and high end specs. Xiaomi wants to ship over 100 million smartphones this year, a boost from the 60 million units shipped a year before.

The first high end smartphone that had a Helio X10 chip inside was the HTC One M9+ and previously we also learned about a so called Xiaomi H3Y that would adopt the same chip. It may be one of the two models mentioned above. We know that it runs Android 5.1, has a Full HD screen, 2 GB of RAM and a 13 MP back camera.