Last weekend we found out that Huawei was preparing an 8 core version of the Ascend P6 and now the Ascend Mate is getting a follow-up. This is more of a phablet than a phone and it comes as a successor for a model that was released in March this year. 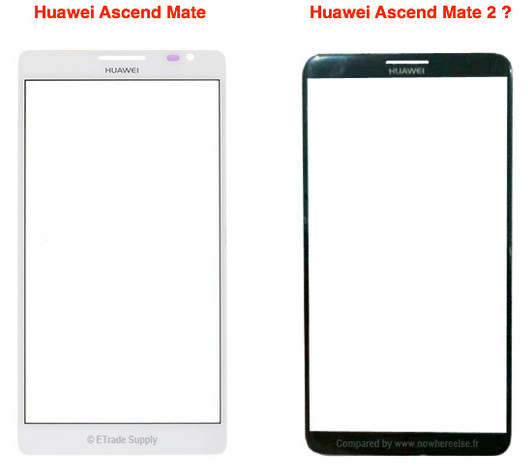 The Ascend Mate 2 has leaked before in a mere front panel or two, plus some shots of its case, but this leak is more ample. The new images are coming from a Weibo photo album that had photos of the Ascend Mate 2 and a screenshot of the Android settings page, showing the Android version, model name and other details. 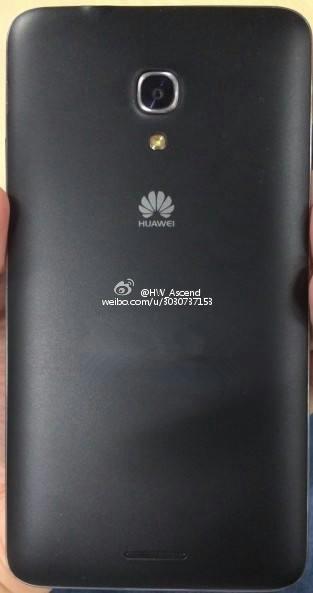 We see that the new model has 2 GB of RAM, runs Android 4.2.2 and from the looks of it, it adopts a metallic band around the device, unless it’s plastic mimicking metal. The source of the leak says that the Huawei Ascend Mate 2 will have a 1.6 GHz quad core processor, 16 GB of storage and that Android will have EMUI 2.0 applied on top.

The screen will be a 6.1 incher with a Full HD resolution. 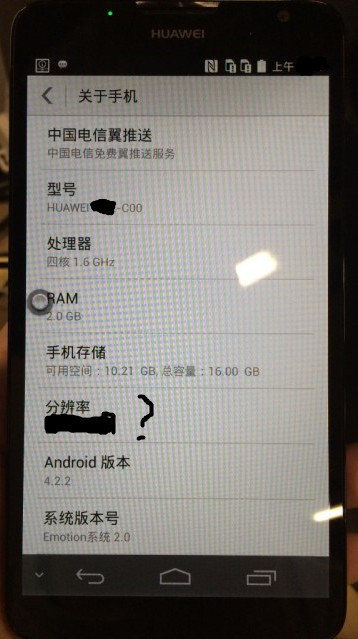