Samsung has officially announced the Galaxy Grand 2 smartphone, that brings a few improvements compared to its predecessor. Those include a new design, that involves a faux leather back a la Galaxy Note 3. 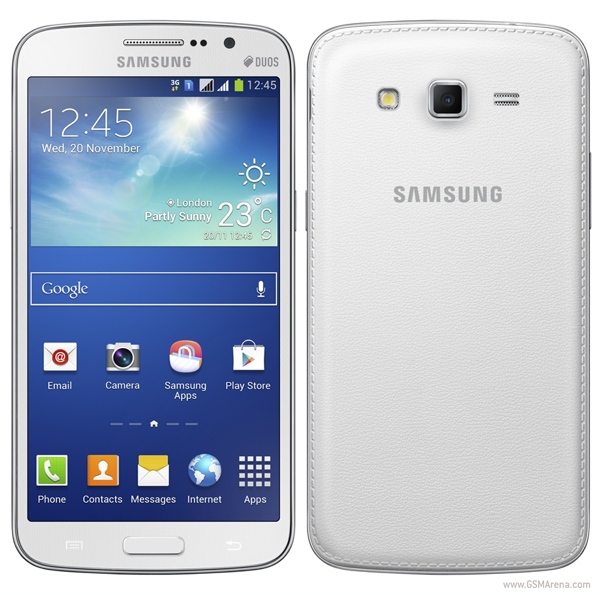 There’s also a stitching pattern along the sides of the back, as shown in the picture above. As far as specs go, upfront we’ve got a new 5.25 inch LCD display with a 720p resolution, an upgrade from the WVGA res on the first Galaxy Grand. The newcomer runs on a 1.2 GHz quad core CPU, has 1.5 GB of RAM and 8 GB of internnal storage, as well as a microSD card slot.

The battery has been upgraded to a capacity of 2600 mAh and the unit relies on dual SIM slots and an 8 megapixel camera at the back, like the first Grand. Its OS is Android 4.3 all covered up with TouchWiz. The device will be available first in white and in some markets in black and pink.