We’ve just received for testing purposes a very sexy smartphone, the Huawei Ascend P1, actually one of the best looking phones of 2012. This together with the ASUS PadFone are the best looking handsets with Android right now, there’s no doubt about that. This model was unveiled at MWC 2012, together with the P1 S, one of the thinnest phones in the world. This one is also thin, but more about that below. 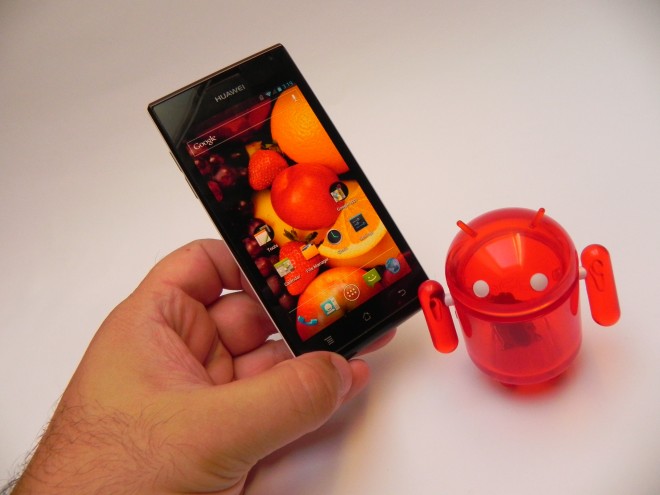 The device is priced somewhere between 400 and 500 euros, so it’s pretty pricey. It measures 7.7mm in thickness, weighs 110 grams and feels very light and slim in the user’s hand. It has the SIM card slot and microSD card slots exposed, at the top and side respectively. At the front it offers a Super AMOLED 4.3 inch display with 540 x 960 pixel resolution, as well as Dolby Mobile 3.0 Plus technology and 1GB of RAM. At the back we have an 8 megapixel camera and this smartphone runs Android 4.0 ICS.

It has a special 3D interface that you can activate, but more about that in the full review. It also has more options in the camera area than the average Android phones offer nowadays, especially in the effects area. We’ll be back with a full review soon!