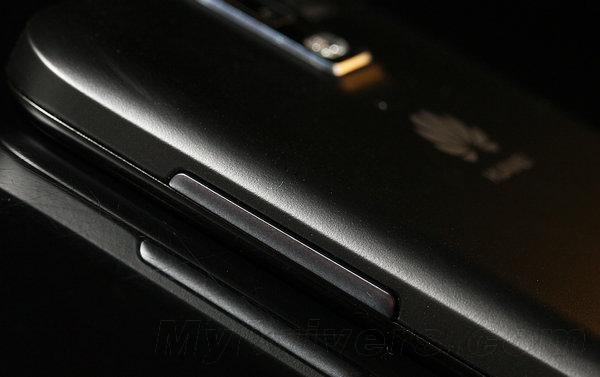 Huawei Ascend P8 was a topic of small information leaks a few hours ago, with various details about the device popping up on the web. However, things have gotten bigger now, so the device has leaked in the image below.

A source out of the China media claims that this is the Huawei Ascend P8 shown here. I have to say the P7 was launched early this year, so it may be time to start preparing for a newcomer. The 5.2 inch Full HD phone is expected to come at MWC or CES 2015 and it’s said to adopt a 2.5D curved edge, just like the IUNI U3. The CPU will also be bumped up to a Kirin 930, an octa core chipset built on 16 nm architecture.

Materials used here are said to be metal and ceramic, with the latter being integrated into the phone’s back. From what I can see here, there’s a slightly leathery vibe of the back of the phone and the camera area is quite big. There also seems to be an extra something in the camera area, maybe something like a fingerprint scanner or 3D/autofocus cam enhancement. We also can’t help but wonder how thin the phone will be this time…