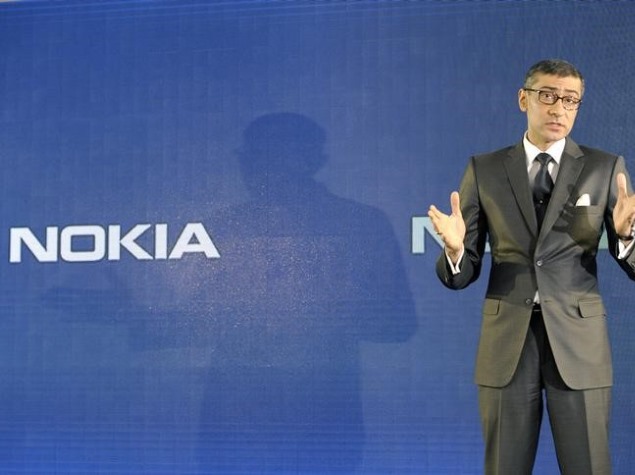 Well, here’s a series of contradicting statements… On Friday Rajeev Suri, Nokia’s CEO was saying there may be room for a return to device making, but today he claims that there’s no place for such a strategy right now. The CEO also detailed the Finnish company’s plans for the coming years.

Speaking at an analyst meeting in London, the official focused on the Networks unit’s plans, as well as the Here mapping subsidiary and Technologies section. He did remind everyone of the tough times and decline that has been going on over the past years and that was ended over the past quarter or two, when growth was felt again. All three business units mentioned before are supposed to grow even more as time passes.

Networks will be leading the pack, growing even faster than the market. Nokia faces potent rivals like Huawei and Ericsson in this field, but they’re very strong. 5G is a strong card to play and partnering with carriers and device makers will be crucial for success on the future connectivity market. Here will also get a boost, adding fleet and smart asset management products in its core business and expanding automobile products.

Nokia Technologies is met with a cautious approach, since it’s all about licensing technologies. Finally, Nokia isn’t aiming at returning to the direct consumer market of handsets “per se”, as Rajeev Suri said, but in the long term the firm may return to that area at some point. In the meantime something REAL is coming from Nokia tomorrow and it looks like a piece of hardware…