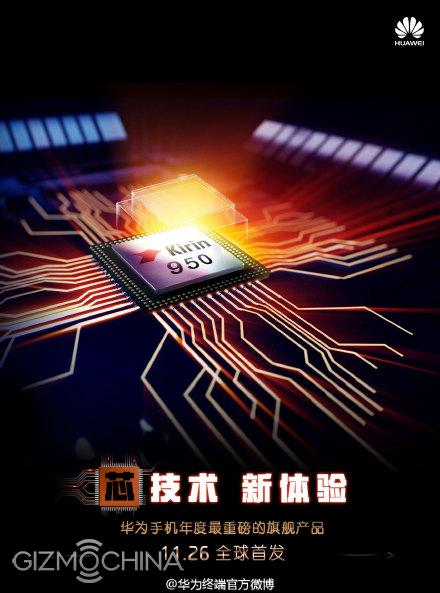 While Huawei did unveil the Kirin 950 processor this week, we don’t have a first device with this chipset on board. The Mate 8 is the candidate for that title and today we get confirmation of that from Huawei itself.

The company confirmed that the future flagship will feature this powerhouse of a chip, that even beats the Exynos 7420 in benchmarks. Last I heard, the Huawei Mate 8 was coming later this month, so we’re only a few weeks away from its debut. Aside from the results you’ve already seen for the Kirin 950, in the likes of GeekBench 3, we also learn that this chip scores a very good 83.000 points in AnTuTu.

Mate 8 is said to pack a Full HD 6 inch screen, 4 GB of RAM, 64 GB of storage and a 16 megapixel back camera, plus 8 MP selfie cam. Force Touch and a design that draws inspiration from the Mate S are also expected to be in the mix.