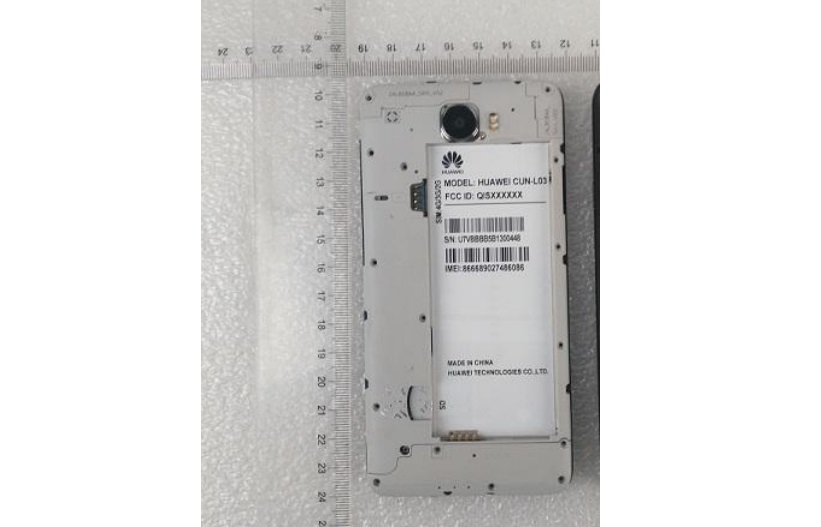 Huawei has a new mystery phone coming, codenamed CUN-L03 and this device has just passed FCC certification, with LTE confirmed to be on board. The handset has been certified for Bluetooth and WiFi usage. 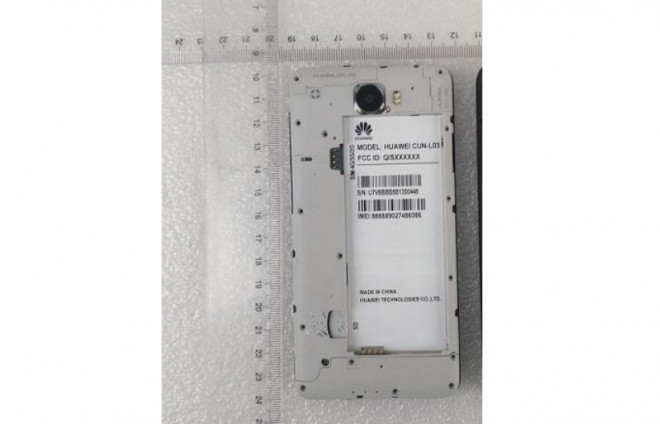 It supports WiFi 802.11 b/g/n and works in the 2.4 GHz and 5 GHz bands. The handset is expected to be introduced on the North American market soon enough and frankly speaking, we have no idea what its identity is. The battery inside seems to be pretty big and unlike many other smartphones, it’s not centered, but rather placed towards left side.

One thing’s for sure: this is not the Huawei Honor 5X, that just launched in USA, since its flash is on the other side of the camera. Also, this seems to be one of the rare occurrences when Huawei has certified a single SIM phone instead of a dual SIM one.