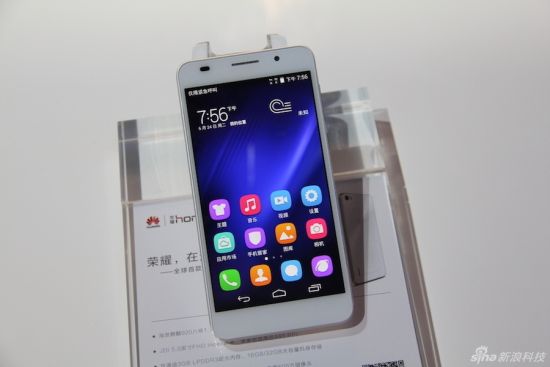 The Huawei Honor 6 smartphone is finally official, after many speculations and leaks and it’s aimed at being a flagship killer. It integrates the Huawei Kirin 920 processor, that was proved to be more powerful than the latest Snapdragons in benchmarks. This model measures 6.5 mm in waistline and weighs 135 grams.

It includes a 5 inch Full HD display from JDI, that gives it a 75.7% screen to facade ratio and bezels with sub 3 mm width. The phone’s Kirin 920 CPU supports LTE Cat 6 for up to 300 Mbps downloads and it runs Android 4.4.2 with Emotion UI 2.3 on top. Huawei Honor 6 packs 3 GB of RAM, 16 or 32 GB of storage and a microSD card slot. Huawei praised the power saving features of the device during its launch event, mentioning that you get more hours per mAh battery capacity than the Galaxy S5 and double the iPhone 5s battery performance. 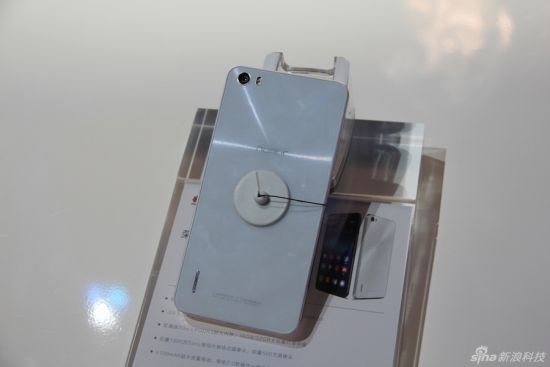 This chipset is also a much cooler one, thanks to a new aluminum alloy structure, that keeps temperatures lower. Finally, the new smartphone relies on a 13 megapixel camera with Sony IMX214 sensor and F/2.0 aperture. The front facing camera is a 5 MP shooter with 1.4 micron pixels and F/2.4 aperture. There’s also a dual LED flash in the mix, when it comes to the back camera.