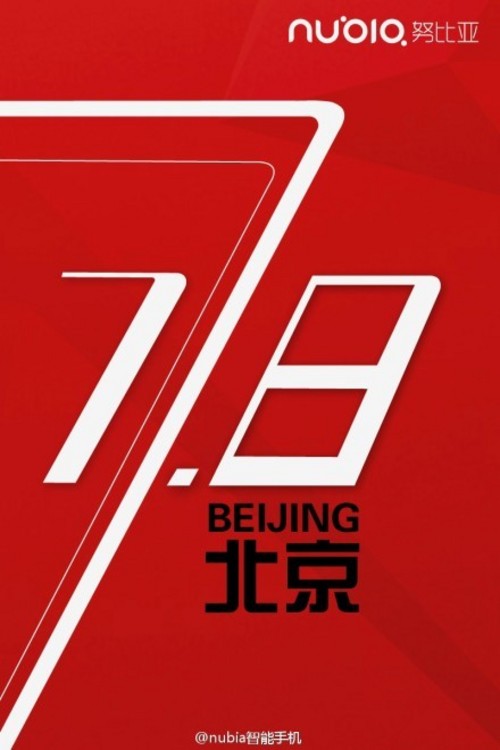 We already suspected that the ZTE Nubia Z7 would be launching next month, but now we have an exact date, courtesy of the teaser below. It appears that this newcomer has all the attributes of a flagship, including a Snapdragon 805 processor.

The device is probably a response to the latest Huawei unveiling, the Honor 6 model, with a Kirin 920 CPU said to beat the Snapdragon 805. Sadly, we don’t have much info about the new Nubia, aside from a potential use of a 5.5 inch display with QHD resolution. I expect a solid back camera, a good selfie cam and maybe 3 GB of RAM, in case 2 GB is not enough. The handset will run Android KitKat, most likely with customizations.

In typical Nubia tradition, I expect speakers at the back, a fancy looking Home button and a pretty wide device. ZTE hasn’t exactly been careful with the slim waistline of its smartphones, so don’t expect another Gionee Elife S5.5 here, but rather a bulkier phone.