Home Android Huawei Honor 6 Plus Leaks Again, This Time in AnTuTu, With Full... 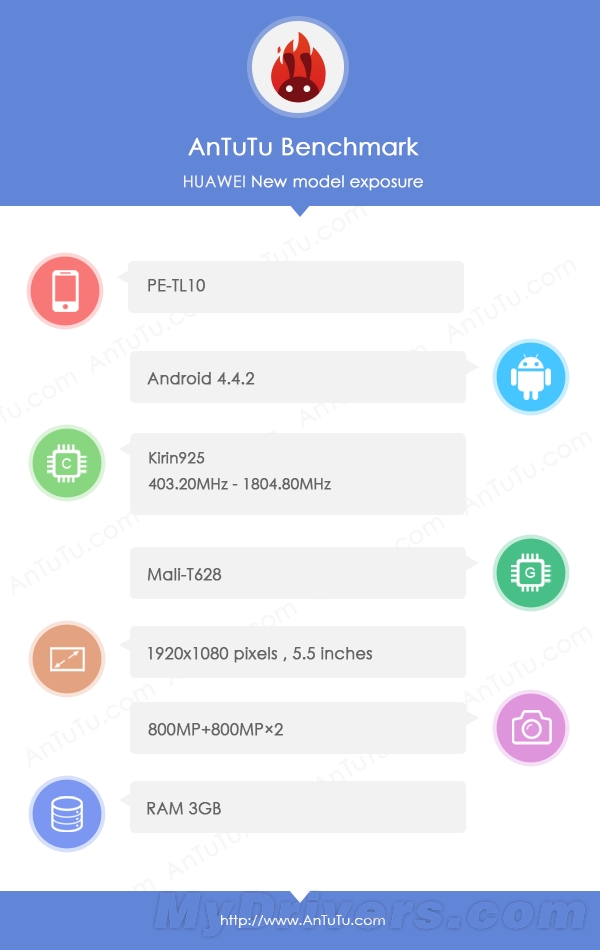 We already wrote about the Huawei Honor 6 Plus when it got certified by TENAA and then we learned that it was going to be launched on December 16th. Today we get a confirmation of the leaked specs, courtesy of an AnTuTu benchmark leak for this model. The handset stands out through a dual camera at the back.

This product is rumored to be priced at $537 and it’s codenamed PE-TL10 as we can see here. The device runs Android 4.4.2 on top of a HiSilicon Kirin 925 processor, clocked at up to 1.8 GHz and it also brings a Mali T628 processor. The display is a 5.5 inch Full HD one, so we’re dealing with a phablet here, in fact. There’s an 8 megapixel front camera and a dual 8 megapixel back shooter, probably capable of 3D capture.

This unit also has 3 GB of RAM and an interesting extra feature is the Intellisense i3 processor, a special coprocessor like the Apple M7 and M8 on the latest iPhones. Its aim is to collect data from various sensors, which means the Huawei newcomer may also get some special fitness features. The Kirin CPU inside is optimized for TrustZone security features, so it can theoretically support fingerprint scanners. Can’t tell if this model will get one…