A few hours ago we found out that the press invites for the debut of the Huawei Honor 7 have been sent out to the media. The event is going down on June 30 and then we came across a teaser showing that the fingerprint scanner of the phone was going to give it trackpad/mouse-like features. And now we’ve got one more leak… 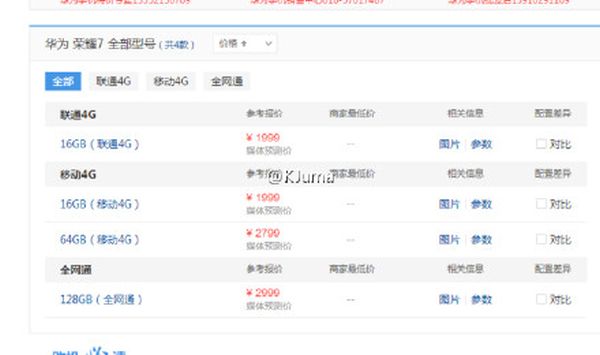 This leak should be regarded as a bit more important than the other ones, since it refers to the price tag of this model. It came via Weibo and exposed a starting price tag of $312 for the handset in the 16 GB version, or $450 for the 64 GB model. Finally, the 128 GB unit will cost $482, all of them very affordable amounts for what we’re getting.

I’ll remind you that this device will get a few versions, including a full metal one and a higher end Plus unit, possibly with a next gen HiSilicon Kirin 950 CPU, this fall. In the meantime we’ll be choosing between storage space and RAM quantity (3 GB or 4 GB), while the basic specs include a 3280 mAh battery, Android 5.0 and a HiSilicon Kirin 935 chipset, as well as a 5 inch Full HD screen.