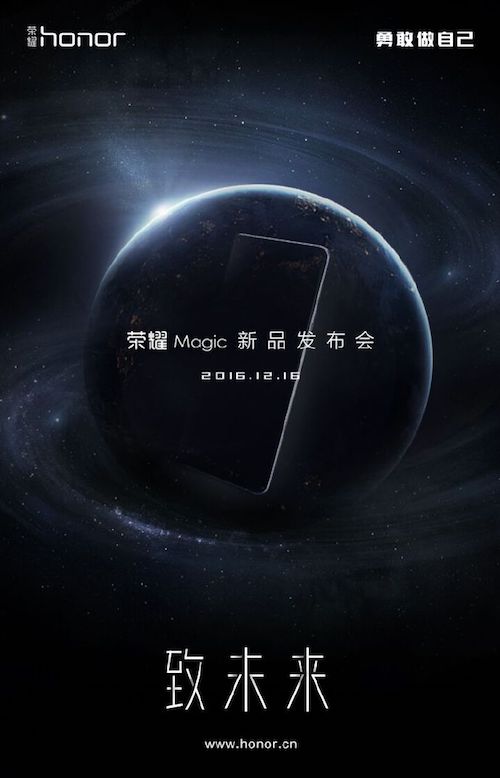 Huawei is going to bring its concept phone to life on December 16th, it seems, judging by a new set of teasers that the company showed off recently. The device is known as the Huawei Honor Magic and it’s supposed to have very narrow bezels. It’s being teased in the images below. 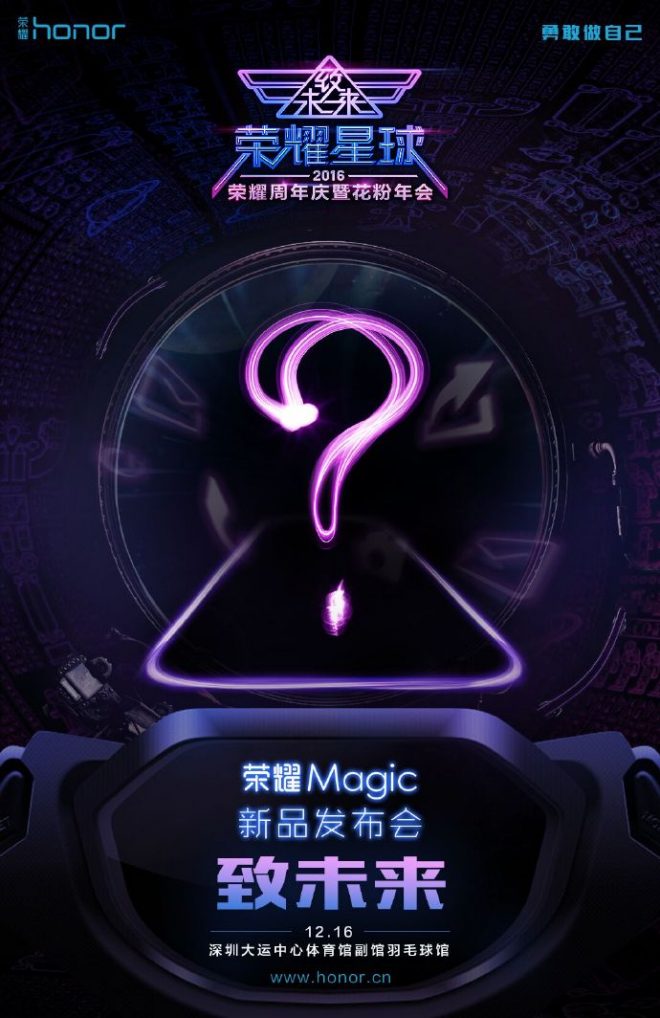 Huawei follows in the footsteps of Elephone, Lenovo and other firms that recently have been trying to imitate the success of Xiaomi Mi MIX, the famous edgeless display phone unveiled this fall. Huawei’s Honor brand is going to bring something special on December 16th, as the teasers in this article show. The newcomer is dubbed Huawei Magic and it will most likely feature very narrow bezels or even a bezel-less approach.

A “four sided curved display” is expected and these teasers are pretty much official, since they come from the official Weibo accounts of Honor. Earlier rumors mention that we may see curves of the screen both at the top and bottom, not only on the sides. Interestingly Huawei just launched the Mate 9 Pro model with dual curved edges, so we’ll basically see an evolved version of it, design-wise.

No specs have been confirmed, but something tells me that the “Magic” moniker may also refer to a 3D Touch mechanism of sorts. Expect the unexpected!