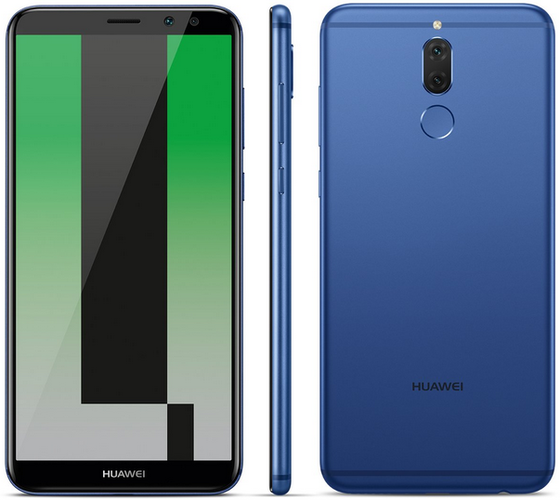 The Huawei Mate 10 is coming in just two days, on Monday and it’s supposed to be a major product launch, an actual series from Huawei. While the Huawei Mate 10 and the Mate 10 Pro have leaked a ton so far, we’ve seen very little of the Mate 10 Lite. It comes to life today, courtesy of the leak below.

The product was actually leaked first by a Dutch retailer called Belsimpel. They listed the phone early priced at 349 euros, which is $412 after conversion. Evan Blass is the author of the fresh leak, finally showing us the more affordable Mate 10. It’s going to be a 5.9 incher with the same 18:9 aspect ratio of the Mate 10 and Mate 10 Pro. It should also have a Full HD+ resolution.

For a Lite model, it’s surely nice to see we still get a dual back camera and it also appears we get a dual front camera. We may end up with yet another rebranding of the Huawei Maimang 6, which was also launched as the Nova 2i or Honor 9i. The Mate 10 Lite is said to have a 16 MP + 2 MP back camera, plus a dual front cam with 13 MP and 2 MP sensors. It also bring sa Kirin 659 processor, 4 GB of RAM and 64 GB of storage.