Huawei Mate 20 Pro was announced a week ago and we already scored it for unboxing purposes. It’s definitely a beast in a league of its own. And that in spite of the fact we’ve seen other triple camera phones launched, or even some with 4 cameras. The handset is priced at around $1150 and we unboxed it below.

The device has multiple preorder kits, some of them with extra offers, that include a 128 GB card and wireless charger. We were lucky enough to score the Twilight version of the phone, which actually has 3 separate hues at the back side. There’s bottom black bit, the middle purple bit and the top blue one. They change their appearance once you tilt the phone under a source of light. 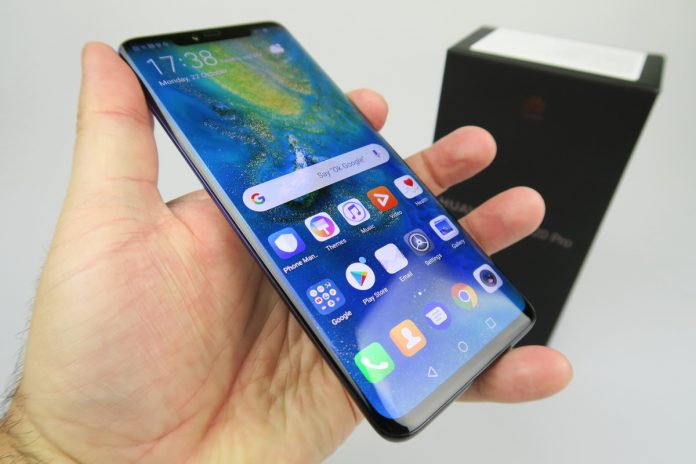 Inside the device’s box there’s a pair of headphones, resembling the Apple EarPods and sporting a Type-C connector, plus USB Type-C cable, a big charger (huge actually), SIM key, manual and USB Type-C to 3.5 mm adapter. The handset is available in Midnight Blue, Black or Twilight and uses a curved glass panel at the back and a curved glass panel upfront. Everything within an 8.6 mm thick body and with a weight of 189 grams. 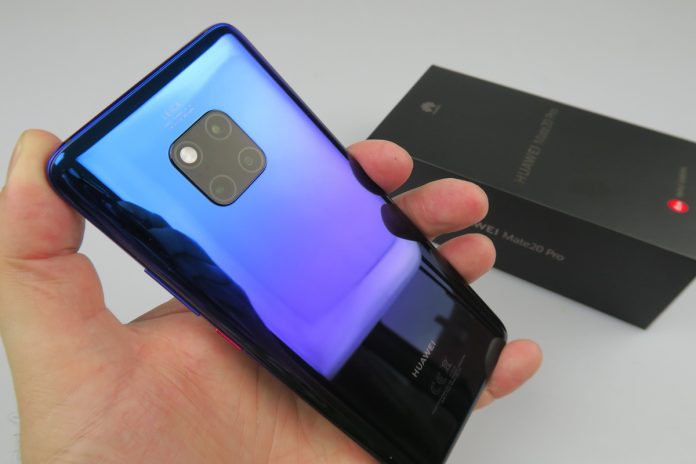 The screen is a 6.39 incher with an OLED panel and a 3120 x 1440 pixel resolution. There’s also HDR and DCI-P3 support. But before we really get into specs, I want to list the real novelty of this phone, bit by bit below:

Huawei Mate 20 Pro obviously has a notch, but it’s for a reason: it hides the front camera and also a 3D face scanning mechanism. Inside the device there’s the Kirin 980 CPU, Huawei’s own MVP with dual NPU for AI and very high power, even compared to a Snapdragon 845. There’s 6 or 8 GB of RAM here, 128 GB or 256 GB of storage, plus the new memory card. The battery is a reasonably generous 4200 mAh unit and if the P20 Pro was any indication we should be more than happy with it.

It has Super Charge, fast wireless charge and more. The back camera is a triple unit, but there’s a replacement. We still have the main 40 MP shooter with F/1.8 aperture, plus the 8 MP telephoto cam with 3X optical zoom, but the black and white 20 MP shooter of the P20 Pro was replaced by a 20 MP ultra wide angle shooter. There’s everything and the kitchen sink: PDAF, laser focus, OIS, Bokeh, pixel binning and more. We’re also promised hybrid 5X zoom and Leica tech still cuts it. The camera recognizes 1500 sceneries and situations via AI and we’ve also got a new set of filters and Cinema shots, plus Underwater capture option. 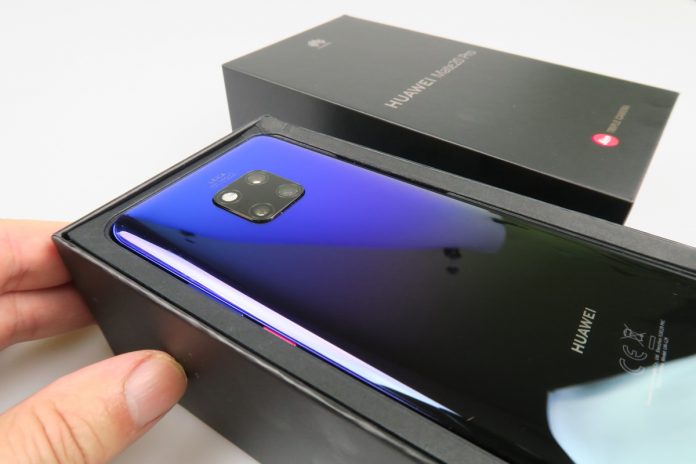 We also have a 24 megapixel selfie camera with its own Bokeh. The handset is IP68 certified and has stereo speakers with the bottom one outputting sound via the USB Type-C port. This is definitely the best looking smartphone I’ve seen lately and pretty compact for the screen size. It fits the hand as well as a OnePlus 6. I have great expectations from the CPU and battery and can’t wait to find out more.

We’ll be back with a full review very soon. In the meantime you can shop for this beast here.