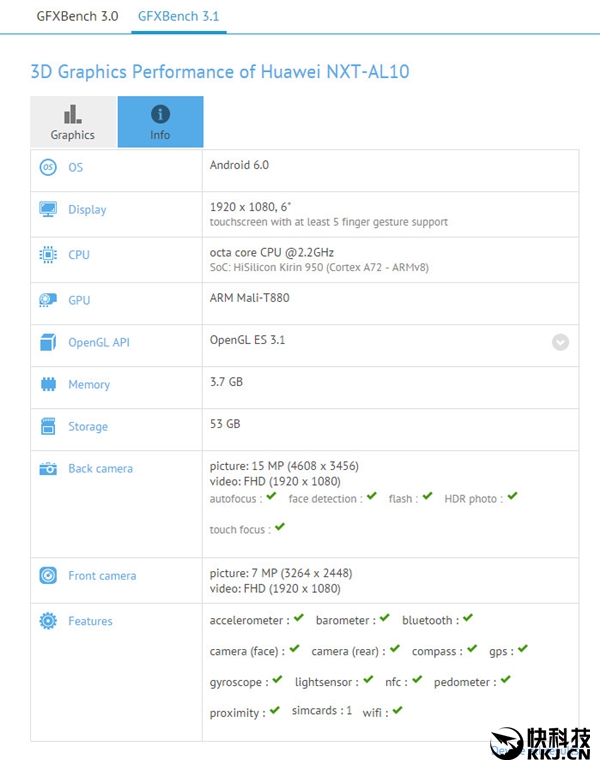 Earlier today we’ve showed you a new live picture with the Huawei Mate 8 phablet, a 6-inch device that will be launched on November 26th during a press event hold in China. Well, now we get the chance to see what hardware specs we’ll be getting in the package, details revealed by the GFXBench website.

As you can see in the screenshot above, the phone arrives with a 6-inch Full HD display (1920 x 1080 pixels), an octa-core HiSilicon Kirin 950 processor clocked at 2.2 GHz + Mali-T880 GPU and 4 GB of RAM memory. The phone comes with 64 GB space of internal storage that can be later expanded and with a 16-megapixel rear camera with dual-tone LED flash.

For the selfie lovers out there, Huawei will bring a 8-megapixel front-facing shooter on this device. Another thing revealed by GFXBench, is the fact that the phone will run Android 6.0 Marshmallow from factory, with EMUI on-top of course.