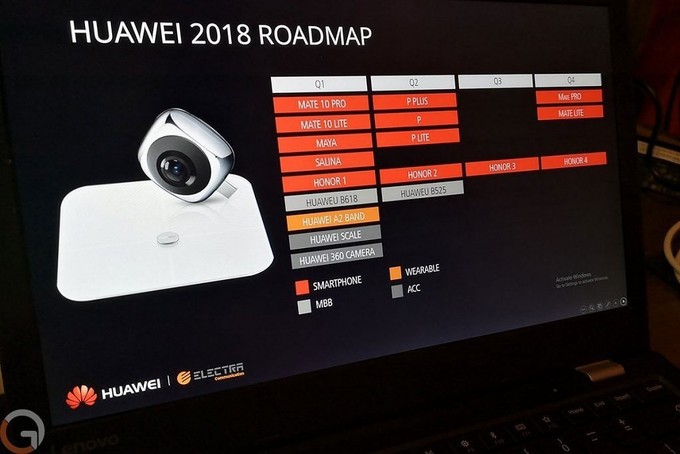 Huawei just leaked its 2018 roadmap big time, with the flagship Huawei P20 also listed. Everything happened during a recent press event in Israel, where the name P20 was casually mentioned and we learn more detail about potential releases next year below.

Huawei P20 was leaked for a while as the Huawei P11 and quickly rumored to have 3 cameras at the back somehow. It’s also expected to sport a narrow bezel screen, a new design format and Face Unlock, perhaps even with a cutout for a special system. Leica optics are a given, as well as the Kirin 970 CPU. The leaked roadmap mentions a Huawei P20, P20 Plus and P20 Lite model in Q2. 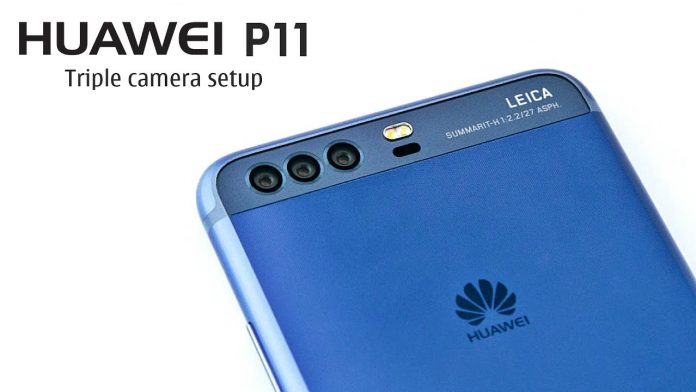 They will most likely be announced at MWC 2018 and debut afterwards, around April. Then we see that in Q1 the Huawei Mate 10 Lite and Mate 10 Pro will arrive internationally, as well as two mystery phones, codenamed Maya and Salina. They could be midrange or entry level units, derived from the Nova series. There’s also a Honor 1 and a potential router codenamed B618.

A Huawei A2 Band, Huaei Scale and Huawei 360 Camera also make the cut. Q2 is all about the P20 models, plus a new Honor and another router. Q3 only has a third Honor phone, possibly, a Honor 10 and Q4 brings the potential Huawei Mate 11, Mate 11 Lite and Pro. All of these sound perfectly plausible and we can’t help but notice how many Honor phones are prepared for 2018.

By the way jumping from Huawei P10 to P20 may mean we’re up for more innovation than this year.