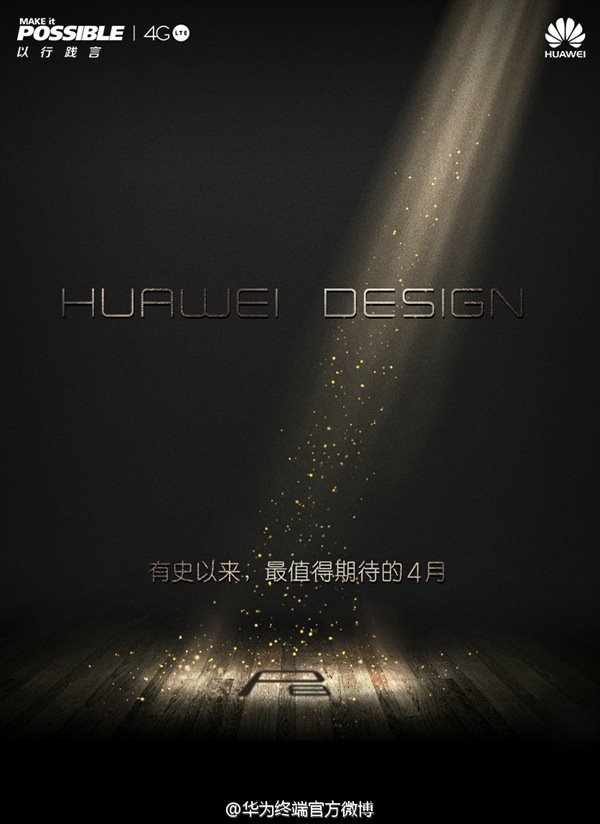 Huawei has posted a new teaser for its upcoming flagship, the P8 and together with that we also get a whiff of a new rumor regarding the company’s strategy for this year. It appears that we won’t get a Huawei Mate 8 this year, with the company only focusing on the flagship this time.

As far as the teaser above goes, it seems focused on a ray of light, so maybe the P8 will offer great optics or a great and bright display of sorts. There’s also a 4G LTE logo in the mix, confirming this type of connectivity for the device. We remind you this model will be launched in London during a special event next month. As far as we know, the handset will bring an octa core 64 bit HiSilicon Kirin 930 processor, as well as 3 GB of RAM and a 5.2 inch Full HD screen.

Huawei previously said it doesn’t believe in Quad HD screens, so that makes sense. We’re also getting an 8 megapixel front camera, a 13 MP back shooter and Android 5.0 as the OS. The device is said to use zirconia and ceramic materials and measure 6 mm in thickness. With the Mate 8 out of the picture and Huawei focused on the P8, will people feel this lack of a bigger model and want more?