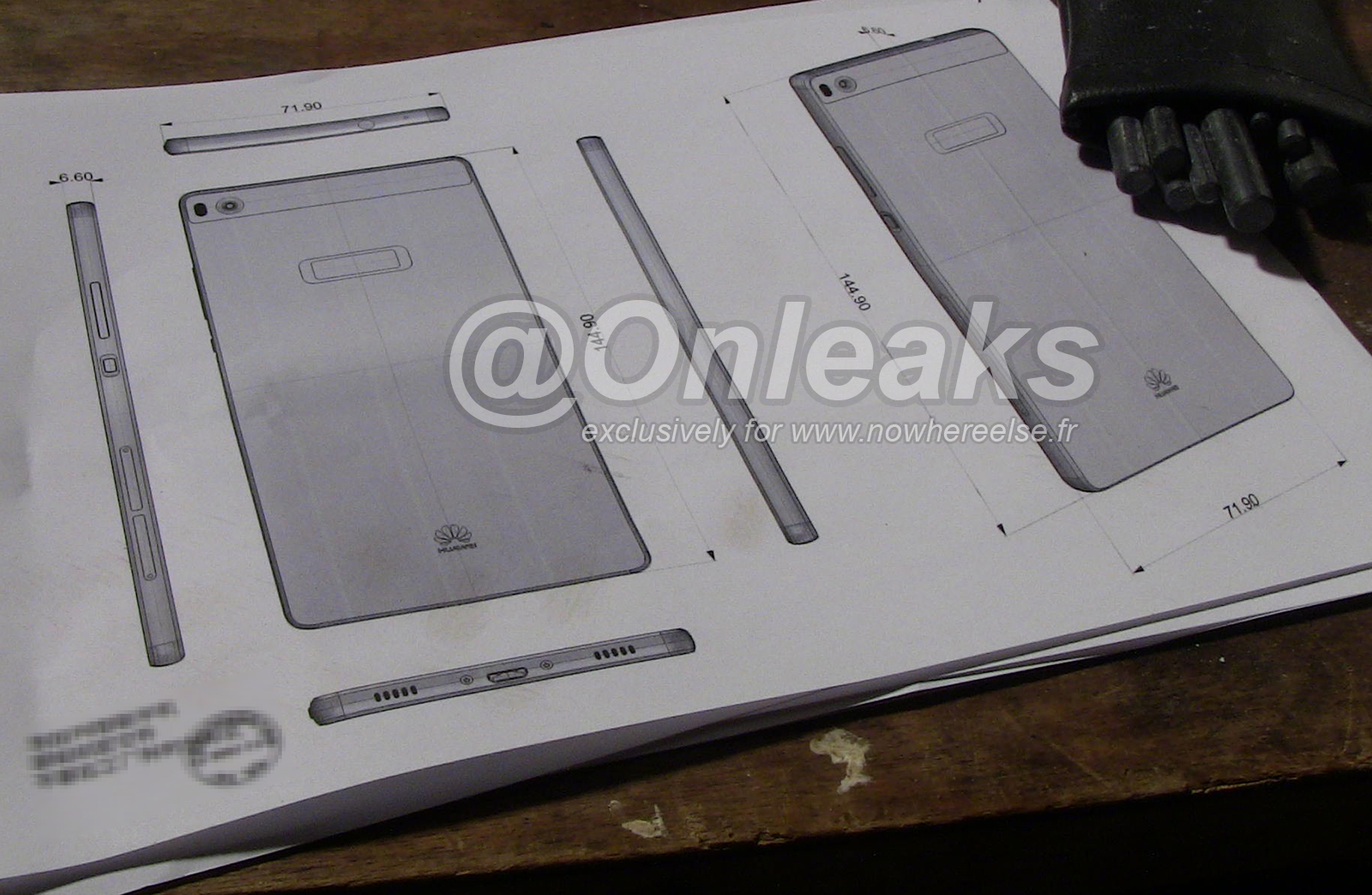 The Huawei P8 has already leaked a bunch of times over the past week and we also got some teasers from Huawei to go with the leaks. Last we heard this model was being heavily compared to the iPhone 6, because of its case format. Today we get a glimpse at the device’s schematics, courtesy of @Onleaks. 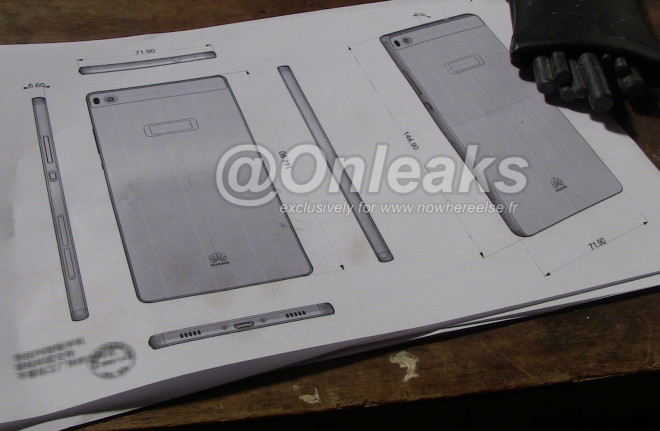 That source is very solid and we trust it greatly, by the way. The P8 will debut on April 15th and the document shown here seems to fit in with the previous leaks. The document comes from a factory where the P8 is assembled and mentions dimensions like 144.90 mm in length and 71.90 in width. A 6.6 mm thickness is also included, meaning the newcomer is actually a bit thicker than the P7. 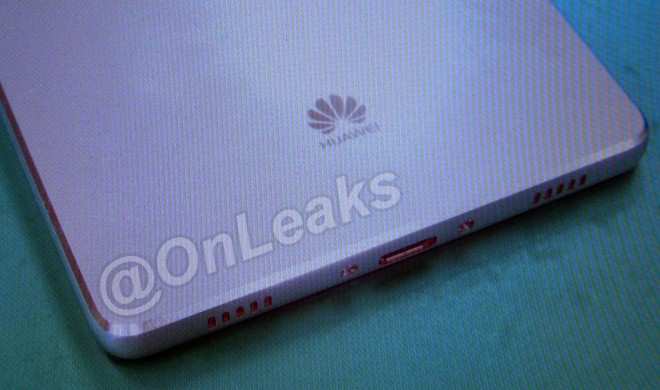 There are dual speakers at the bottom, shown as two pair of 5 holes in the case and between them we find the microUSB port and two screws. On the right side there are the volume buttons, as well as a square power button and two drawers for SIM and microSD cards. The audio jack is at the top and the back features a singular camera sensor with dual LED flash, not the dual camera that was rumored before.

Rumors also mention a fingerprint scanner in the mix, which may just be the mystery rectangle at the back.