Huawei is the company that will open up the ball at MWC 2013, or better said before it, with a press conference going on on February 24th. They also did a similar thing at MWC 2012, where they kicked off the series of conferences. Now they’re teasing their event at MWC 2013 with the poster below, that frankly doesn’t say that much. 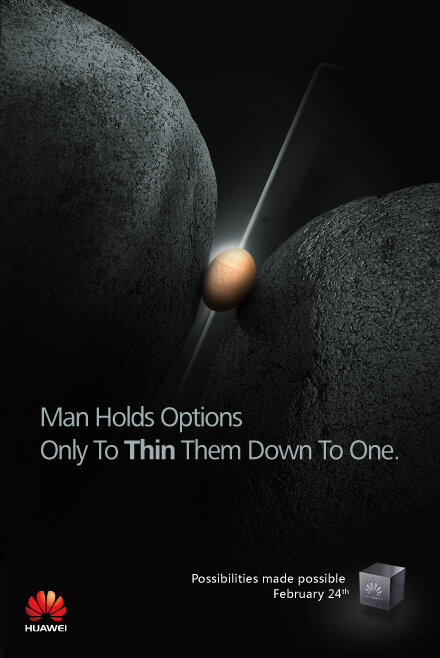 It’s an egg nesting between two big rocks and I can really feel a lot of innuendos coming to mind, but we’ll skip them for now. The idea is that the device they’re referencing here will be both thin and resilient, so they’re probably talking about the Huawei Ascend P2 S, that may once again claim the title for thinnest handset out there. Among the models coming to MWC 2013 we also find the Huawei Ascend D2, already showcased at CES 2013. This one comes with a 5 inch IPS LCD Full HD screen, 32 GB of storage, 2 GB of RAM, a 13 megapixel camera and Android 4.1.