Good old Twitter account @evleaks is at it again, leaking Windows Phone 8 devices in official press images before they are even announced. They did that with the Nokia Lumia 820 and 920 and now they’re doing it again with Huawei W1, a handset that appeared on the web last week in some blurry shots and with specs attached. 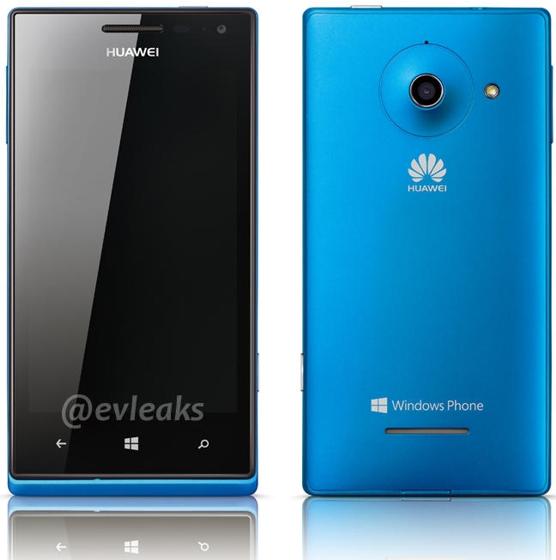 This is not your typical high end smartphone with WP8 leak, but rather a midrange phone from Huawei, that may sell well, due to the reasonable specs and pricing. The W1 will also get a black, white and pink version. Looking at the design, I have to say that I find the camera area similar to the one on the HTC One X. As far as specs go, we’ve got a 4 inch WVGA display, a 1.2 GHz dual core processor and 512MB of RAM.

There’s also a VGA front facing camera, a 5 megapixel rear camera with flash and 4 GB of internal storage. Huawei W1 is supposed to debut in November or December in China and don’t be surprised if you see it announced during Microsoft’s October 29th Windows Phone 8 event. The price is supposed to be $310, pretty affordable for this newcomer. Getting one?