Home Huawei Huawei Will Launch the Kirin 950 CPU on November 5th; ZTE Might... 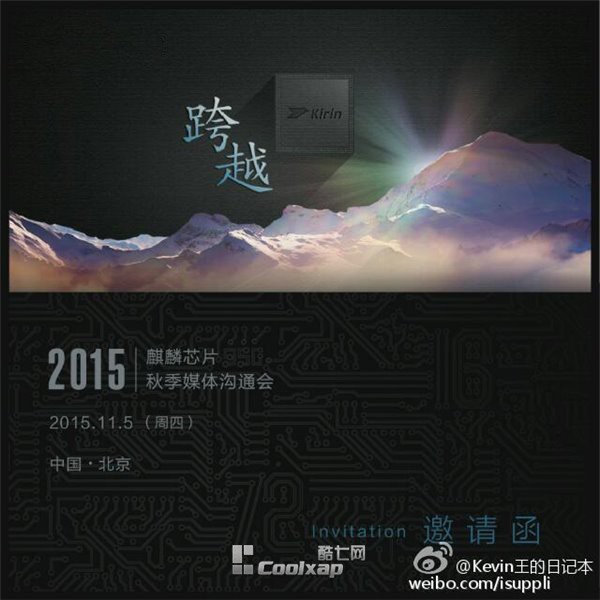 As we got to see in these past few months, Huawei announced a lot of devices with their HiSilicon Kirin processors built in-house. However, in the near future, things might change as Huawei will release the new HiSilicon Kirin 950 CPU, an octa-core processor clocked at 2.4 GHz with Cortex-A72 and Cortex-53 cores.

From some Chinese sources we get to know that ZTE might choose Huawei’s upcoming processor for their new smartphone device from the Axon range. This new chip is built using the 16nm TSMC process, and packs an ARM Mali-T880 graphic processor, and a i7 Tensilica Hi-Fi audio co-processor for bringing a great audio experience for the user.

HiSilicon Kirin 950 is rumored to be even powerful than the Qualcomm Snapdragon 820 and Samsung Exynos 7420, this last one being found at the moment on some devices like Samsung Galaxy S6, S6 Edge, Note 5 or Galaxy S6 Edge Plus. Huawei plans to unveil this new processor next week during a press event that will take place in Beijing.