Home Android Samsung SM-J3109 Gets FCC Certification, Could be the Galaxy J3 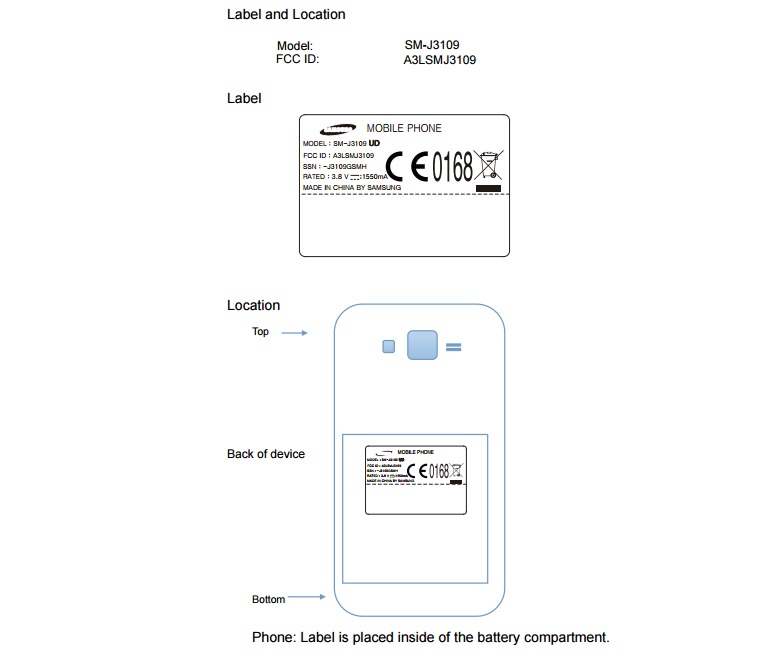 Today the Samsung SM-J3109 was confirmed to have reached the FCC, as a brand new mystery device, that may end up being the Galaxy J3. This handset got certified for use on TD-LTE and WCDMA networks and also Bluetooth, WiFi and NFC. 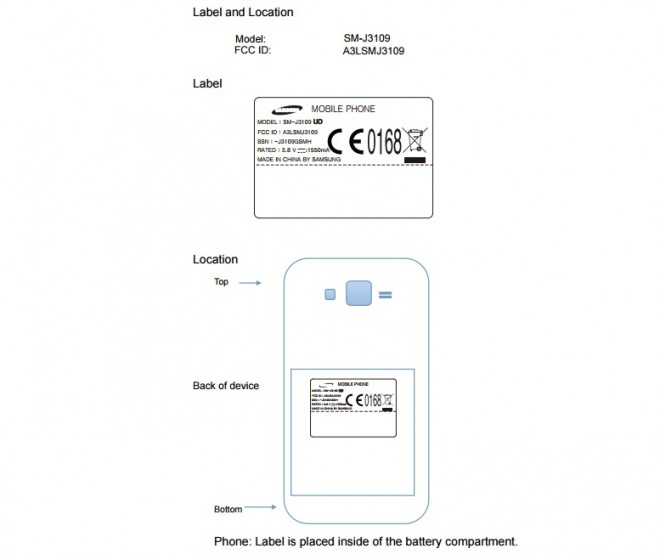 SM-J3109 is known to run Android 5.1.1 Lollipop and it comes with a quad core 64 bit processor, the Qualcomm Snapdragon 410 clocked at 1.2 GHz. Other specs include a 5 inch 720p display, a 5 megapixel front camera and an 8 megapixel back shooter. 1 GB of RAM, 8 GB of storage are also here and that’s pretty much where all the specs list ends.

From the sketches published by FCC, we can spot the format of the device, that’s the typical rectangle with rounded edges. I see that the camera cutout is quite generous, we also get a LED flash and the speaker in the same area. Galaxy J2 debuted in September with 4.7 inch screen and 5 MP camera, so this is a slight bump up from that model.