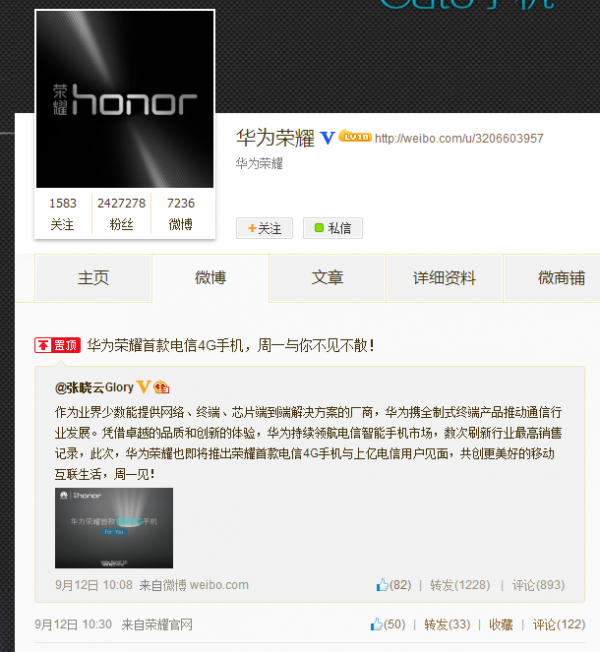 As some official Huawei teasers suggest, the company is going to unveil tomorrow its new 4G smartphone from the Honor range of intelligent devices. While the rest of the specs will be announced tomorrow, the only thing we know about this device is the fact that its coming with the 4G LTE technology that allows high download speeds for users.

However, as the teaser above shows up, we expect that the new device to arrive with a premium case, more precisely one made out of aluminium. If such a material is in the books, then we may get some high-end specs as well to come in the package with the premium look and feel that the housing is giving.

Among other devices that will be introduced on the market by the Chinese producer Huawei, we also have the C88173, a 4G-enabled smartphone that showed up yesterday on a product certification website. It remains to see how this new Honor will look like and what will bring in the package.