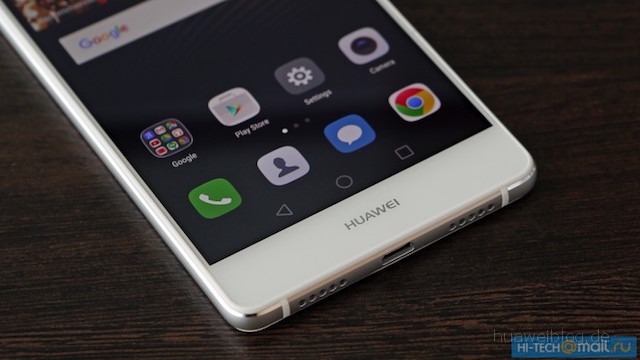 Huawei P9 Lite is one of those mid-range smartphones that might see great sales this year, just like its predecessor called P8 Lite did last year. In spite of the numerous leaks, this phone is still unnannounced, but thanks to a document arrived today on the web, we think that the official launch isn’t far away, and it will be released probably until the end of April. 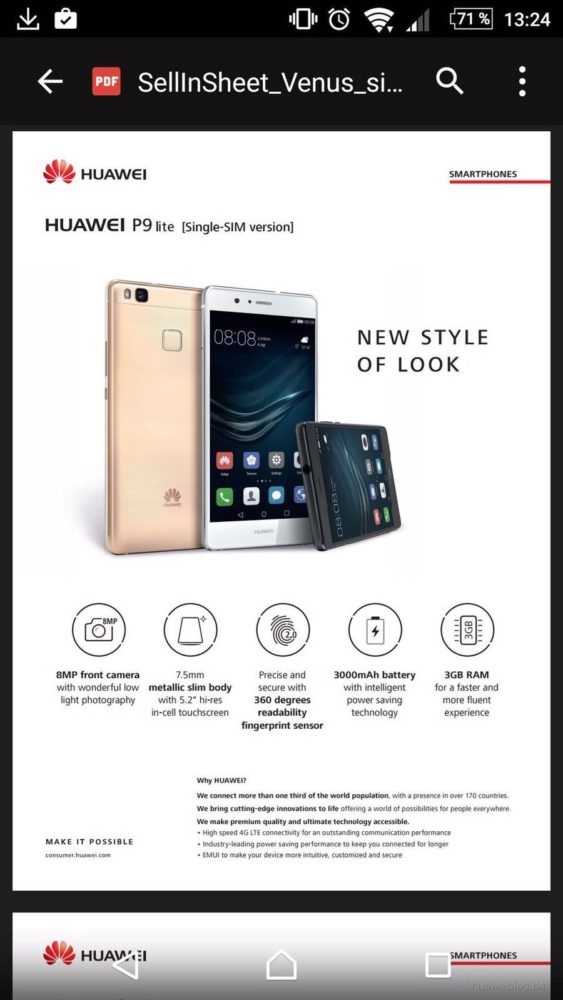 Thanks to the @dkionline Twitter account, we get to see today some screenshot of what seems to be an official Huawei document, one that confirms P9 Lite specs. Thereby, we have here a 5.2-inch Full HD display, 3 GB of RAM memory and an octa-core HiSilicon Kirin 650 processor (four 2.0 GHz cores + four 1.7 GHz cores). 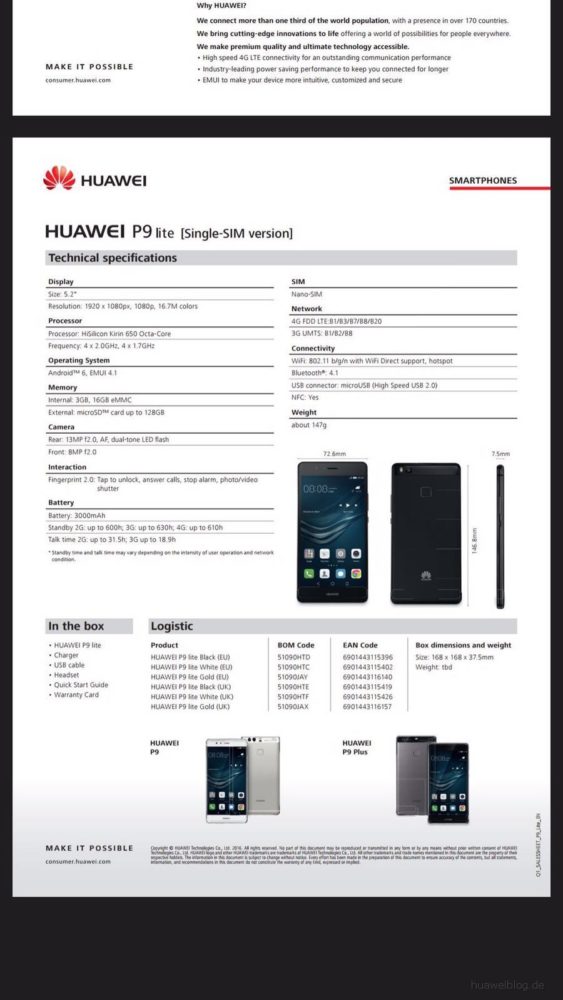 We’re getting 16 GB space of internal storage, as well as a microSD card slot up to 128 GB, a 13-megapixel rear camera with dual-tone flash, and also a 8-megapixel front-facing sensor with f/2.0 aperture. Huawei P9 Lite keeps the 3000 mAh battery that we have on the flagship device, and also the rear-mounted fingerprint scanner that can be used for multiple functions.

As for connectivity, we have here 4G LTE , WiFi, Bluetooth 4.1, NFC and a microUSB v2.0 port for charging and data sync. This mid-range phone seems to offer an uni-body case with a metal frame and a polycarbonate back cover with a brushed aluminum texture. Apparently, only 3 colors will be available: white, black and gold.