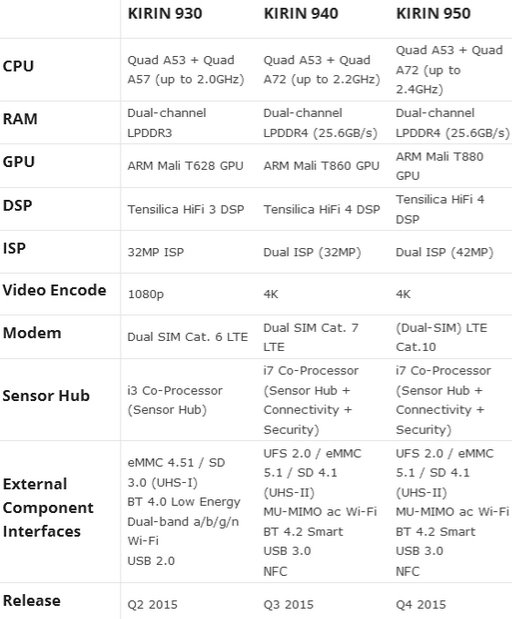 While we’re waiting for the launch of Huawei P8, smartphone that will pack an octa-core CPU from Huawei, the Kirin 930, today we have the chance to take a closer look on technical features of the upcoming processors prepared by Huawei.

We see that Kirin 940 will offer support for 32 megapixel cameras and a Mali-T860 graphic processor. On the other hand, the HiSilicon Kirin 950 will pack an ARM Mali-T880 CPU, and support for 42 megapixel photo sensors. There’s also LPDDR4 memory support and dual-SIM LTE modems. These chips will arrive on the market in Q3/Q4 of 2015.