i-mate announced during MWC 2009 a couple of new smartphones, the Legionnaire and Centurion, that use Windows Mobile 6.5. Legionnaire is a full touch device that will hit the market in Q3, accompanied by the i-mate Warrior UMPC. Legionnaire will be integrated into Warrior, becoming its touchpad. 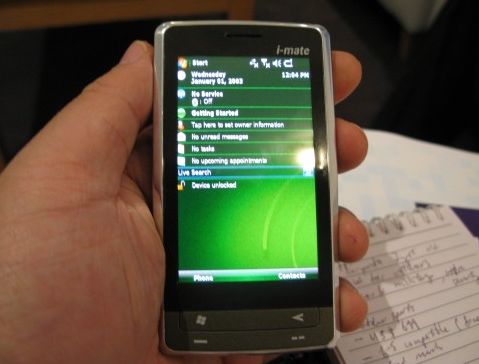 i-mate Legionnaire will retail for $500, while Warrior will be available for only $199. Next, i-mate Centurion (below) shocks us all with its tiny size and, of course the device doesn’t pack a touchscreen, but it does use a full QWERTY keypad.

Centurion supports HSDPA, GPS, Bluetooth and uses a 2 megapixel camera. It’ll hit the market in the second half of 2009, for $550.