IFA 2010 is in full bloom in Berlin these days and thanks to it we witnessed the announcement of the Samsung Galaxy Tab slate and now we can see Sharp announcing some goodies as well. They include a concept cameraphone, that does 3D capture and looks something like this. 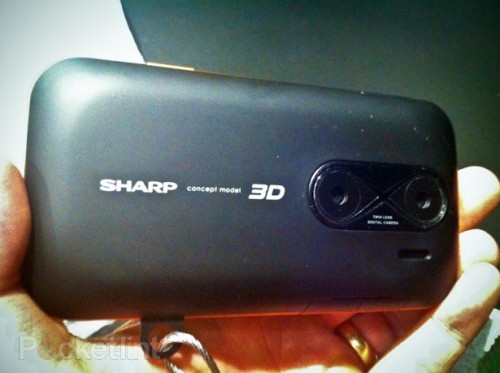 Sharp focused on 3D screens that don’t require special glasses and go from 3 to 10 inches in size. This means we can expect 3D tablets in the future, that would be a nifty addition to the already varied slate segment. Back to the device pictured above, this smartphone resembles the iPhone 4 and Samsung Galaxy S a bit, but also borrows from Fujifilm Real 3D W3, a camera with two sensors at the rear, able to shoot 3D footage.

This concept also has a bit of Nintendo 3DS technology in it, since it relies on a lenticular lens, allowing users to view 3D content without glasses. Sharp officials claim we’ll see a product based on these technologies out before the year end, but we don’t know if only in Japan or internationally. More images of the 3D cameraphone below: 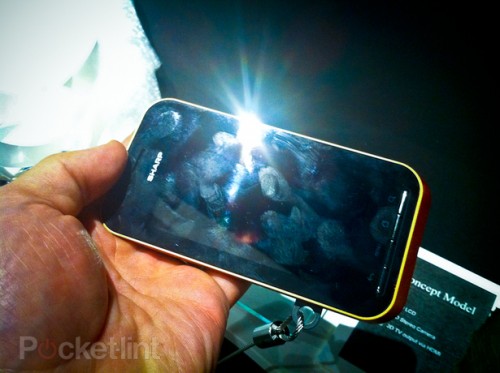 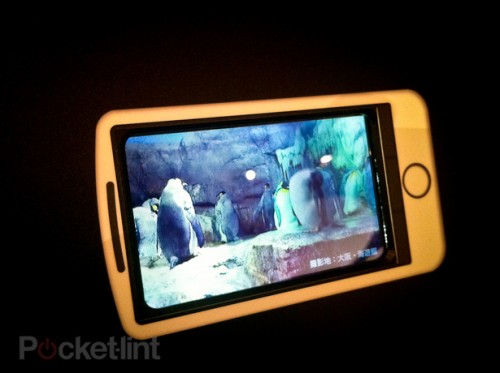