The first Facebook phone comes from INQ, as the Cloud Touch, that will soon be accompanied by the two HTC handsets with Facebook buttons. Till this happens, we learn that the INQ Cloud Touch is now up for pre-order, shipping on April 6. This handset displays Facebook messages, Wall, notifications, chat and more on its homescreen. 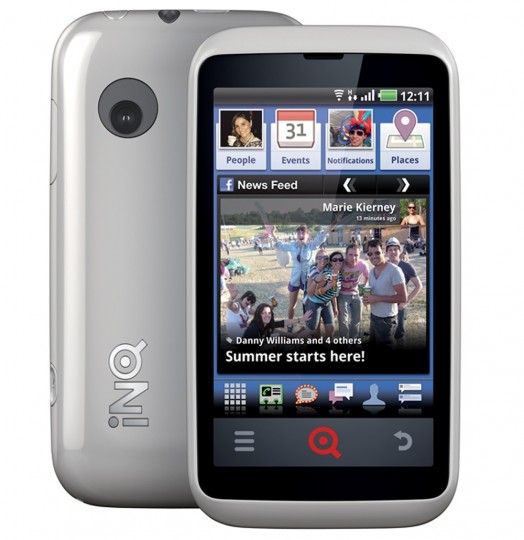 The “Facebook Phone” also integrates the Places feature, accessible via a homescreen widget. The OS of choice is Android 2.2 Froyo and you can find out the specs of the handset from the following listing:

INQ Cloud Touch also comes with FM radio and it’s available for free, with a 20 quid or above contract. You can pay 199.95 quid for the phone on a pre-pay deal, or 299.95 if you want it free of commitment. We’re also expecting the INQ Cloud Q handset in June, with a full QWERTY keyboard and the same Facebook integration.