We’ve previously heard that INQ Mobile was preparing to launch a Facebook Phone and we’re now getting the results of the rumors, although these aren’t quite the FB-branded devices we were expecting. The two new models are INQ Cloud Touch and INQ Cloud Q, that provide a Facebook feature, via a homescreen Visual Media feed. 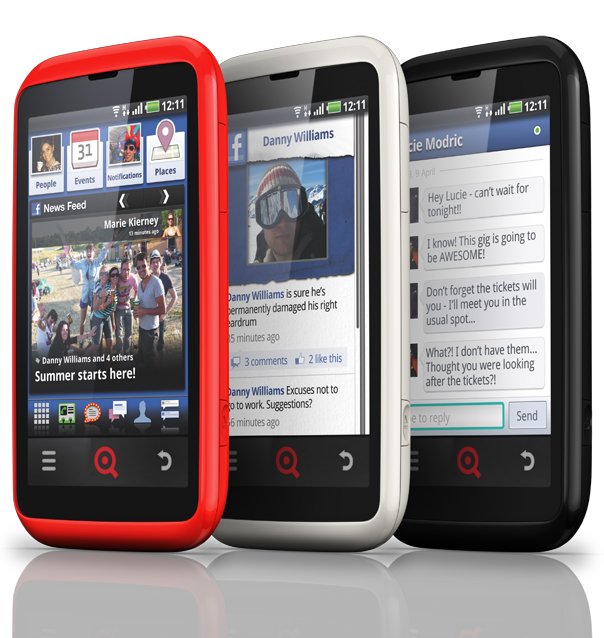 These are social networking-based handsets, that use a Spotify client as the default music player and there’s even a dedicated Spotify key. INQ Cloud Touch will debut first in the UK in April, where it’ll be made available via Best Buy and Carphone Warehouse, according to INQ’s press release. The difference between the Cloud Touch and Cloud Q sits in the diagonal (3.56 inch versus 2.6 inch) and we have to mention that both models run Android 2.2.

INQ Cloud Q will reach the market in Q3 2011, on the same retailers as the INQ Cloud Touch. Here’s the specs list for the Cloud Touch:

The device comes with a 4GB microSD card and a stereo headset. The appeal of both INQ models is that they bring Facebook to the people with a single touch and provide easy to use features. Don’t forget to check out the hands-on below: 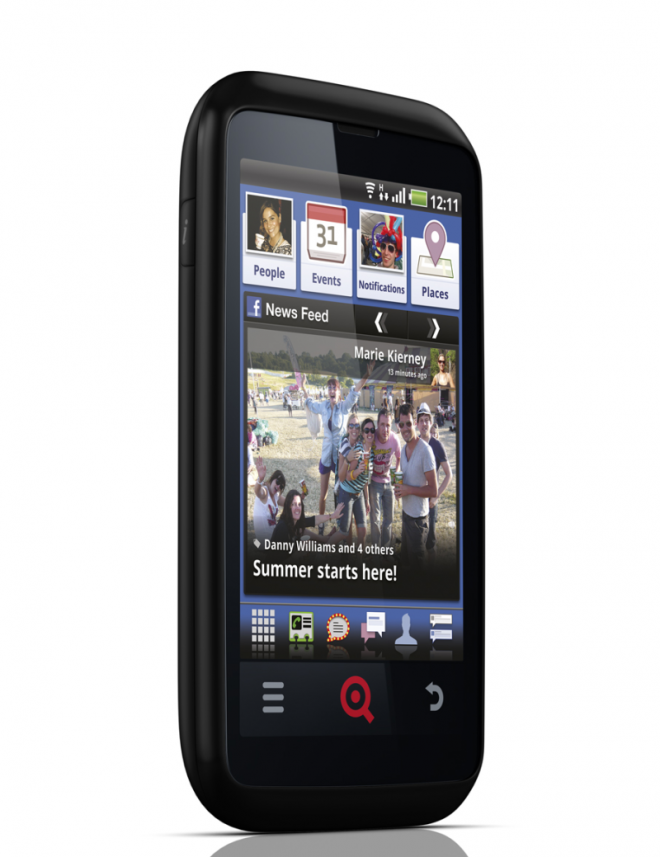