With the release of iOS 4.3, it was only logical that hackers and developers would get to work and dissect the software. They found some interesting details on the processor that was included on the iPad 2. Well, it turns out that the iPad 2 will be available in 3 versions and its dual core CPU is also mentioned in relation with the iPhone 5. 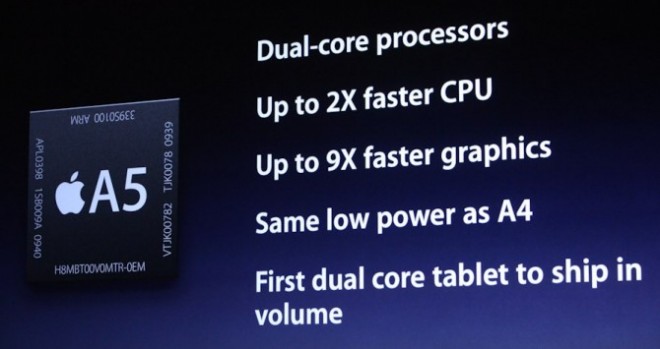 Thus, the processor gets the S5L8940 codename, that stands for the A5, with features like the ones shown in the image above (2X faster, 9X faster graphics, low power and more). The real surprise is that the iPhone 5 (codenamed N94AP in iOS 4.3) will sport the same CPU, which would make it a real rival for the hottest smartphones seen at MWC 2011 (Galaxy S II and Motorola Atrix 4G).