Millenial Media (market research company) has provided some pretty interesting data regarding the neck to neck combat between iOS and Android in the ad revenue segment. The data is gathered using ad impressions for each software platform and then resulting into market share for each OS. 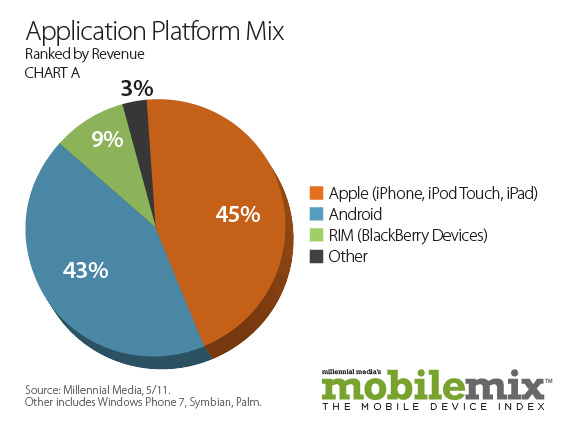 Back in April, Android took over the ad market, owning 53% of it, as iOS dropped 1% and Windows Phone got an extra 0.5% added to its market share. RIM held on to the 17% it had during the same time frame, while Symbian is not even worth mentioning. As far as ad revenue is concerned, iOS leads the pack with 45% of ad sales, followed by Android with 43% and RIM’s also in the stats with 9% of ad sales.

Still the Blackberries are doing better than the Windows Phone models and Symbian with their 3% ad revenue. Android is doing superbly, while iOS is also at the top and Windows Phone is starting to get some credit. Meanwhile, RIM tries to keep contact with the top and Symbian is ready for the big abyss. 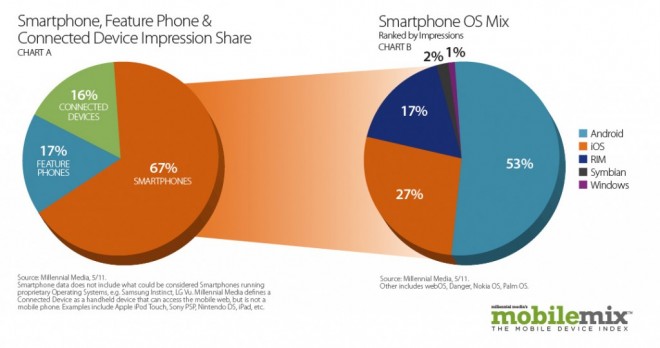