The iPad 2 is still a mystery and already people are speculating on the iPad 3…. Rumors coming from Apple insider say that the iPad 3 display will sport a higher resolution and that there’s yet another slate being prepared by Apple. This one will fill in the black between the iPod Touch and the original iPad, as far as size is concerned. 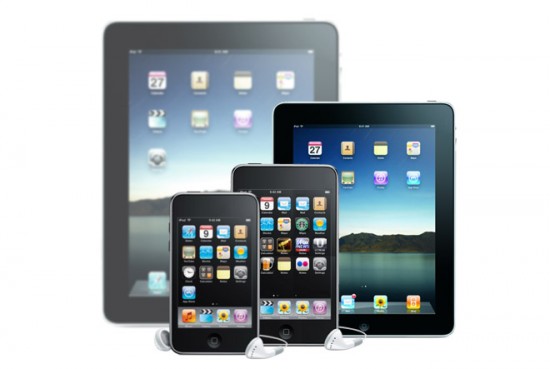 The iPad 3 will apparently keep the 9.7 inch display, but it will support wider viewing angles and better clarity under sunlight, thanks to IPS technology. 2048 x 1536 is the resolution you’ll be getting and it seems the panel was intended for the iPad 2, but Apple wasn’t happy with the costs.

As far as the iPad 2 is concerned, this model will keep the resolution of the current slate, but it’ll be thinner and lighter. The model in between the iPod touch and iPad should be interested to watch as it will compete with the smaller 5 and 7 inch tablets. Is this the iPad mini?