iLounge has an inside source with very interesting info on the future of Apple products… The source is saying that the iPad 3 will be thicker and will pack a Retina Display, plus it will be launching in March. Also, we learn that the iPhone 5 will be longer and it will come next summer. 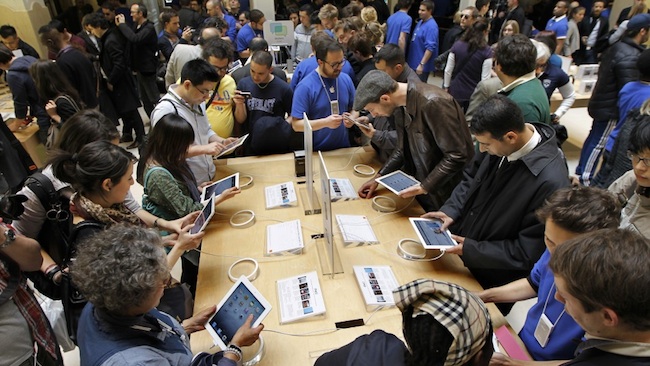 There’s also a new MacBook Pro coming next year and moving on to the iProducts, the iPad 3 is 0.7mm thicker than the iPad 2, since it will need two light bars for that high res display. This info fits perfectly with what Digitimes was saying about Apple considering choosing a dual LED light bar or maybe a pair of single LED light bars on either side of the display.

Both solutions will require extra juice from the battery, meaning that the device will get hotter and that’s an issue for manufacturers to solve. If the deadlines can be met, the iPad 3 will be shown off in January and shipped in March. As far as the iPhone 5 is concerned, this new handset is rumored to pack a 4 inch display and the smartphone is also 8mm longer than the iPhone 4 and 4S. The back of the device will be made out of metal and the teardrop design that was rumored is now out of the picture. LTE might also be included!

So what do you make of these rumors?