The folks of Rapid Repair managed to get hold of a brand new iPhone 3GS unit while attending an Orange Boutique party. After the party, they quickly grabbed a screw driver and had a look at the “guts” of the new phone. 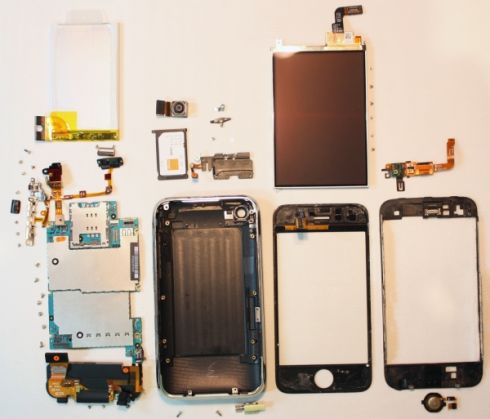 Inside they found a brand new architecture and the reason for the speed of the new device: a very hot CPU. Inside the 3GS, the folks of Rapid Repair discovered a 600 Mhz CPU, that’s 1.5x faster than the one on the iPhone 3G, as far as MHz count is concerned. The processor is based on the Cortex A8, using advanced ARM v7 architecture, versus the v6 on the older iPhone.

Inside the iPhone 3GS, there’s also twice the RAM of the iPhone 3G (256 MB), so we’re dealing with a pretty powerful machine here.