After seeing the iPhone OS 3.0 get launched a couple of days ago, it’s time for the iPhone 3GS to hit the Apple Store in NYC, as rain soaked fanboys wait in front of it. Lines have formed days ago, as fans hope to be the first to get the hands on the famous handset. 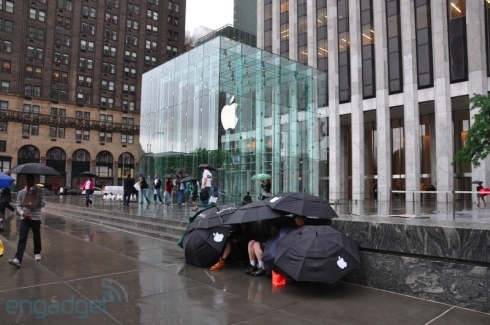 What’s the fuss all about? What’s the iPhone 3GS got over the iPhone 3G? A tad more storage space, an extra 200 MHz, extra video processing, better software and a 3MP camera versus the 2MP one of the older version. Is this enough for an iPhone mania that compares to the one of two years ago, when the first iPhone was launched?

We dare to say no and we wonder if there will be any joker in the queue, ready to ask for a Palm Pre, once he enters the store. And what about the many Android phones coming soon? Samsung, LG, Huawei… they’ll all join the OHA party in the next month. 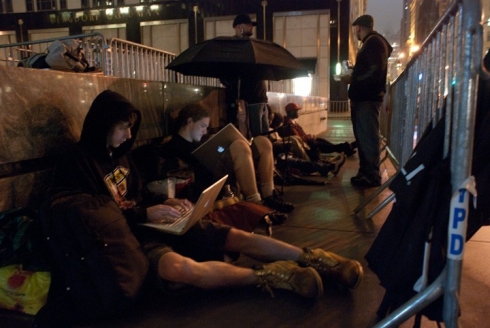 If Apple continues offering upgrades for the same phone with the same device, they’ll thrive thanks to fanboys, but in the long run, they’ll make people lose faith in their innovations.