Although they’ve already announced and started selling the iPhone 4, the folks of Apple have been quite secretive about the device’s RAM and CPU specifics. All we know is that the new iPhone relies on the in-house made A4 chip, but apparently MacRumours has a scoop, reporting that the handset’s RAM is 512MB. 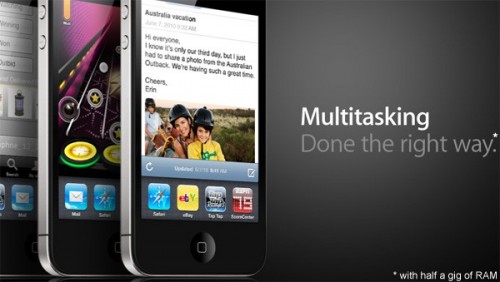 Engadget claims that its sources also say the same thing, so this is a pretty reliable piece of info. This means that iPhone 4 users could expect the same processor that’s present on the iPad (speed-wise), plus double the memory on the Apple tablet and the 3GS model.

When will Apple finally reach the 1GHz mark with its phones?