Apple’s hype has passed all limits during this week’s debut of the iPhone 4S in Beijing China. Thousands of people were queued in front of the local Apple Store, trying to get hold of the new handset, or simply buy one for scalpers. Some people had been employed specifically for the task of providing handsets in bulk from this store for the gray market. 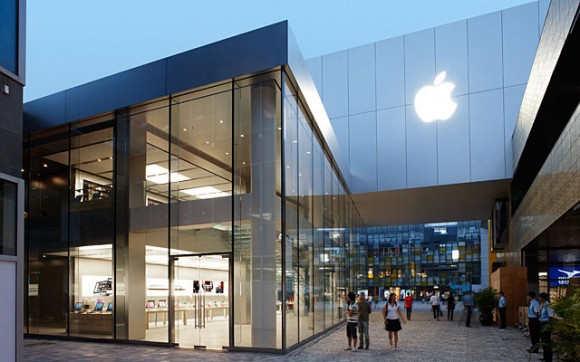 The problem is that it all went wrong, once the employees of the store announced that the iPhone 4S sale won’t be going down. People started egging the store and assaulting the employees, so the police had to come in and settle matters. Apple spokesperson Carolyn Wu says that they couldn’t open the store at Sanlitun because of the large crowd and choosing not to launch the device was a precaution measure. No iPhone 4S will be available in the Apple retail stores in Beijing and Shanghai for now.

Authorized resellers, as well as the carrier China Unicom will be free to sell the handset and online orders have already begun with the phone being already listed as sold out in some places. Reuters reports that at least 1,000 of the 2,000 people queuing in front of the store where the violence happened were hired by scalpers, trying to make a profit. Unofficial resellers are making a bundle through such practices, but this may stop if the authorities really investigate who’s actually buying stuff or who’s in it solely for the money.