It appears that what you see below is a mockup of a real sketch of the iPhone 5 that somehow leaked, but all we can say for sure is that is what the new iPhone MAY look like. The mockup comes from the guys at This Is My Next and it looks pretty hot actually. 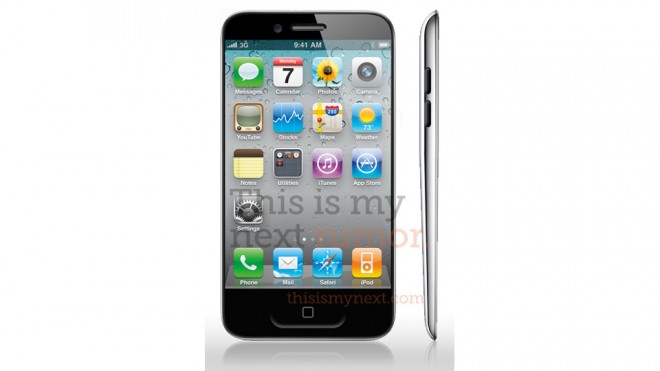 The design resembles the iPod touch more than the iPhone 4 and the teardrop profile that reminds us of the MacBook Air might not be kept, according to the source of the image. Also, the chrome-y back won’t make it to the final version of the device, as for the screen, it will occupy almost the entire front surface of the handset.

The resolution (960 x 640 pixels) will stay the same, while the diagonal will go up to 3.7 inches, making the pixel density drop to 312ppi, that’s still Retina Display level. This iPhone’s Home button will be bigger and it will also serve as a gesture area for iOS control. Add to that the usual dual core CPU and the 8MP camera we’ve been hearing about and you’ve got a pretty good picture of the iPhone 5.

How much of this will be real we’ll learn this Fall, apparently…