The iPhone 5 handset is on track for its planned December launch in Greater China, after receiving all the official clearance it needs. The Wall Street Journal is reporting that the device now has all the needed network access license and China Telecom is also mentioned in the article. 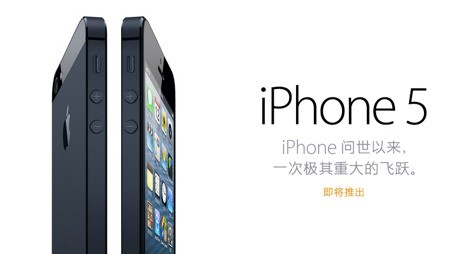 China Telecom supported the timeline that Apple CEO Tim Cook proposed for a Chinese launch earlier this month. They agreed that a December debut was OK and China Telecom has a pretty big upper hand here, offering the handset earlier than its rivals. China Unicom has been unsure of when the handset will reach its network, especially if its rival already negotiated some exclusive deal. In China Android smartphones have a huge market share, no less than 90% from what I understood, at least applied to the sales from the last months.

If Apple wants to make a dent in that they will have to rush the debut of the iPhone 5 in the country with the largest population in the world. It would be a sort of disaster if the latest iPhone fails to arrive before Christmas, so they should speed up the process. Hopefully the carrier mentioned above will keep prices decent.