Samsung Galaxy S IV appeared in a very interesting concept yesterday and now it’s time for the iPhone 5S to make an appearance. This time we’re dealing with a concept created by Frank_Snk, that would rather fit an iPhone 8, frankly speaking. The idea is that the device has 4 projectors embedded, that will show the keyboard and display image on a wall and table respectively. 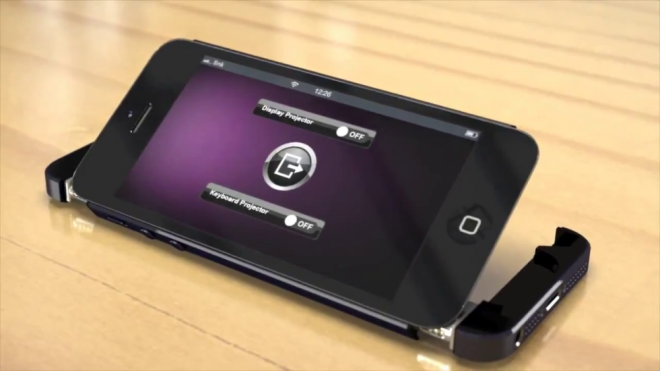 The iPhone 5S can become sort of a Mac, running OS X shown through a projected image on a wall, for a big diagonal experience. One of the handset’s sides holds 2 projectors for the screen interface and the other side projects the big virtual keyboard, for a computer-like experience. The size of this iPhone concept is pretty much the same, but the upper and lower area can be taken apart in order to reveal the projectors. This model would have to sport a huge battery in order to power up all this technology goodness.

These are pico projectors we’re talking about and I also expect a solid quad core Apple A7 CPU or something like that to handle all that processing. Not sure what the projected image resolution will be, but I’m guessing it’s way past Full HD and maybe somewhere at 2560 x 1600 pixels.