Hackers are into the iPhone like Halloween costumed kids are into candy! It seems that Piergiorgio Zambrini, ZiPhone jailbreak creator discovered an audio bug that can crash your iPhone and iPod Touch. 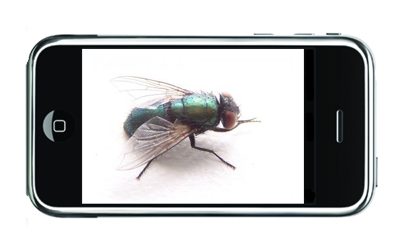 The former jailbreak guru, now Apple problem solver claims that the nasty bug makes you handset/iPod Touch shut down, as soon as you play an infected video file. The latter is coded with an exploit that triggers the audio bug which turns off the phone after you start playing the media content. A

Apple is aware of the issue and will probably patch it with the aid of iPhone 2.2 OS.