Augmented reality is the new trend when it comes to cool  iPhone apps included in the AppStore, but the fact is that Apple needs to implement support for this brand new technology. This means that we could be seeing an iPhone OS 3.1 pretty soon and rumours even claim that Apple will launch the firmware update next week. 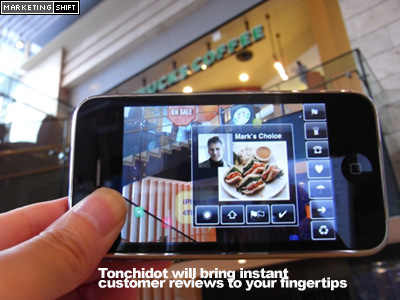 Right now, Paris Metro Subway and Yelp iPhone apps offer support for augmented reality features on the iPhone, but they somehow managed to sneak those features past Apple. Keep in mind that these are only functions of these apps, so there’s no standalone augmented reality app available just yet.

Rumour has it that iPhone OS 3.1 might activate these features, giving AR the official blessing and allowing quite a bunch of AR apps to enter the AppStore. Also, the update might finally bring MMS to the table, for AT&T users.