Tomorrow Apple is going to unveil something big and by big I mean the new iPhone… or maybe  a revamped iPhone 4. Whatever the case, the event will be big, important, serious… whatever you want to call it. The best case scenario means that we’ll see a bunch of new handsets, while the worst means that we’ll only see a single upgraded iPhone 4 successor. 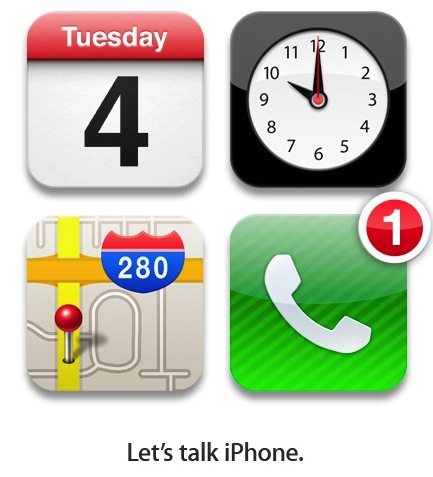 The iPhone 4 N90A versions, aka the budget 8GB iPhone 4 is one of the possibilities, with an identical features list and design to last year’s hit. This model would replace the iPhone 3GS and take its price, selling for $49 with contract. Another possibility is the iPhone 4S codenamed N94, with a 3.5 inch screen, 1GB RAM, Apple A5 dual core processor, CDMA and GSM connectivity plus the iPad 2’s GPU.

And finally, the icing on the cake would be an entirely new iPhone 5 with a tapered case design, a 4 inch screen and the same specs as those listed above for the iPhone 4S. Tim Cook will take on his position as CEO in a very interesting way and we’re only 24 hours from the big unveiling, so keep your eyes on our website for full coverage.