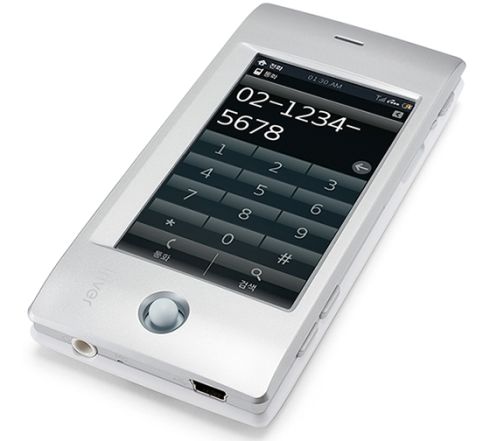 The handset’s design resembles that of a media player and you might be interested to know that the device features a cool BlackBerry-style trackball and a TFT touchscreen (400 x 272 pixels). iriver wave comes with handwriting recognition, WiFi, Bugs Music Service, dictionaries and 4GB of internal memory plus 4 more via memory card.