In case this handset looks familiar, you might know it as KDDI’s concept phone from a while ago, that’s now scheduled to become real in a year’s time. The device is part of the Japanese carrier’s Design Project series and it incorporates a printer, unbelievable as it may seem. 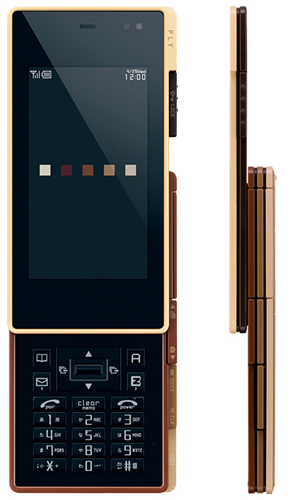 Also, the phone is based on layers and packs a pico projector, although we’ve heard that the layers got turned into stylized buttons and the features are much more low-end-ish than we had hoped for. To be honest, the original gadget was a huge sandwich of layers, each with a cool feature and it passed from one to another like a Swiss Army knife.

The real thing will be available in 3 colors later this month as part of the KDDI iida designer series, only in Japan.