Palm Pre has dropped below the $199 price tag before, but only because of a Best Buy mistake, that made it available for $99 for no apparent reason. Now, the handset might reach the $150 limit, if we’re to believe a recently leaked document. 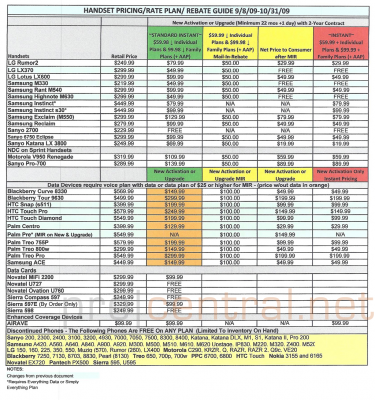 PreCentral claims that Sprint and one of their retail partners (indirect one) will sell the device for $149.99 after a mail in rebate in the September 8th – October 31st 2009 time frame. Wonder why? Is the HTC Hero coming to Sprint for $179.99 too appealing and might cannibalize the sales of the Pre handset?