KT is the second largest mobile operator in Korea and the company has just announced that it’ll be releasing a new smartphone, made by Samsung and known as SPH-M8400. This device will be 3W-enabled, meaning that it’ll support WiBro, WCDMA and Wi-Fi connectivity. 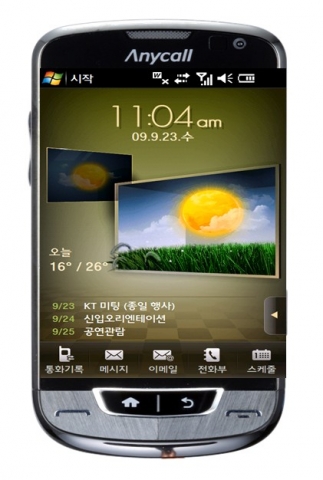 M8400 is the second WiBro smartphone, following the Samsung SCH-M8300 model, released for SK Telecom customers back in May. Too bad that this device didn’t support Wi-Fi connectivity and that SK Telecom’s WiBro service is more limited, when compared to KT’s, as far as coverage is concerned.

Samsung SPH-M8400 will be able to access Wi-Fi hotspots, via a public service, called Nespot. KT announced its plans to expand the coverage of this service, in order to increase wireless Internet usage. Also, we found out that the new Samsung 3W phone supports VoIP chat, so it’ll save the users a couple of bucks.