Vodafone has just announced that Samsung 360 H1, its first 360-supporting smartphone will be available starting October 30, at least in the UK. That’s 4 days after the carrier starts selling BlackBerry Storm2 9520, so you have a lot of models to choose from, it high end and touchscreen are what you’re looking for. 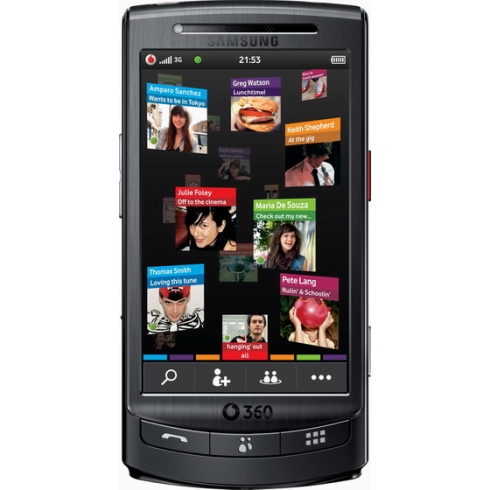 The H1 can be pre-ordered right now from Vodafone’s official website and you should know that this LiMo-based handset will be available for free, with a 2 year contract and a £30 monthly plan (minimum). Samsung 360 H1 packs a 3.5 inch AMOLED display, GPS, a 5 megapixel autofocus camera and 16GB of internal memory.

The device supports Vodafone’s 360 service, HSDPA and Wi-Fi. We also found out that the carrier will be launching another LiMo model by the year end, Samsung 360 M1.